Talking about developments in India, the PM mentioned about the number of space start-ups that have come up in the country 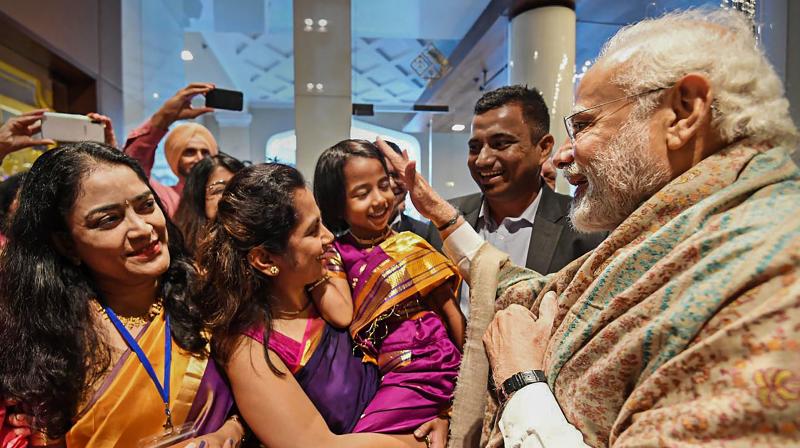 New Delhi: Prime Minister Narendra Modi invoked emergency in his monthly radio speech "Mann ki Baat" on Sunday as he urged people to move forward, learning from every important stage of history. During his address, the PM also praised cricketer Mithali Raj, who announced retirement recently, and athlete Neeraj Chopra for his recent achievement at a championship in Finland.

Referring to the promulgation of emergency in the country, the PM said, "This took place years ago in 1975. It was the month of June when the emergency was imposed. In that, all the rights were taken away from the citizens of the country. One amongst those rights was the 'Right to Life and Personal Liberty' provided to all Indians under Article 21 of the Constitution. At that time an attempt was made to crush the democracy of India. The country's courts, every constitutional institution and the press were put under control. The condition of censorship was such that nothing could be printed without approval. I remember when famous singer Kishore Kumar refused to applaud the government. He was banned. His entry on the radio was done away with. But even after many attempts; thousands of arrests and atrocities on lakhs of people, the faith of the people of India in democracy did not shake…not at all!"

Lauding the countrymen for setting an example by defeating the dictatorial tendency democratically, the PM added, "It is difficult to find such an example of defeating a dictatorial mindset, a dictatorial tendency in a democratic way, in the whole world. During the emergency, I had the good fortune to have been a witness and to be a partner in the struggle of the countrymen -- as a soldier of democracy. Today, when the country is celebrating 75 years of its independence, celebrating Amrit Mahotsav, we should never forget that dreadful period of emergency. The generations to come should also not forget… We move forward, learning from every important stage of history."

Talking about developments in India, the PM mentioned about the number of space start-ups that have come up in the country. He said that till a few years ago, no one even thought about start-ups in the space sector, but today their number is more than a hundred.

"All these start-ups are working on ideas which were either not thought about earlier or were considered impossible for the private sector. For example, Chennai and Hyderabad have two start-ups -- Agnikul and Skyroot! These start-ups are developing launch vehicles that will take small payloads into space. Through this, the cost of space launch is estimated to come down significantly. Similarly, Dhruva Space, another start-up from Hyderabad, is working on high-tech solar panels for satellite deployers and satellites. I also met Tanveer Ahmed of Digantara, another space start-up, who is trying to map waste in space. I have given him a challenge that they should evolve technology that can solve the problem of waste in space. Both Digantara and Dhruva Space are going to make their first launches from ISRO's launch vehicle on June 30. Similarly, Neha, the founder of Astrome, a space start-up based in Bangalore, is also working on an amazing idea. This start-up is making such flat antennas that will not only be small, but their cost will also be very low. Demand for this technology can be all over the world," the PM said.

Talking about Olympic gold medalist Neeraj Chopra, the PM said he is setting new records of success, one after the other. "Neeraj once again made the country proud by winning the gold in the Kuortane Games. He won this gold in conditions when the weather there was also inclement. This zest is the hallmark of today's youth. From start-ups to the sports world, the youth of India are making new records," the PM added.

About Mithali, the PM said that she is an extraordinary player and an inspiration to many.