Modi asserted that the state needed the SAD-BJP, which could guarantee safety of the nation. 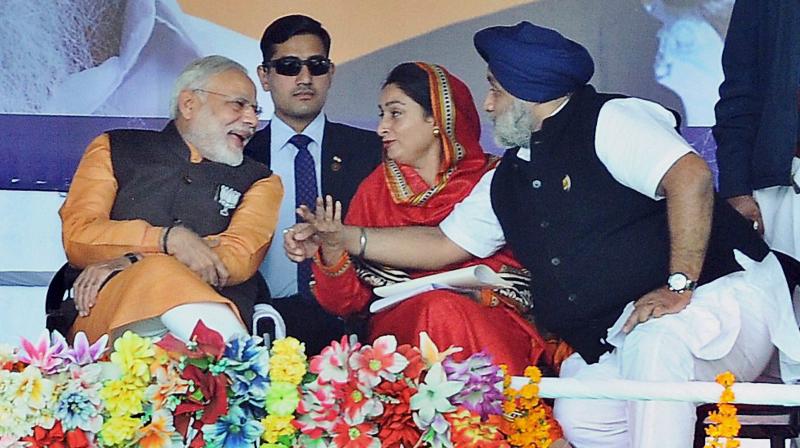 Chandigarh: Prime Minister Narendra Modi attacked the Aam Aadmi Party (AAP) in poll-bound Punjab, terming it an “outsider”, and appealing to voters to reject the party which wants to create a “dream world” in Punjab.

Addressing a political rally in Faridkot district’s Kotkapura, Mr Modi told voters that the entire country could face crisis if the voters in Punjab did not elect the ruling SAD-BJP combine for the third time.

Piling criticism on the AAP, the Prime Minister said, “In this election, to destroy Punjab, the AAP is eager to create its own world at the cost of the state. Those who are having such dreams should be sent back to Delhi from where they have come.”

He also asked people to first question whether the AAP had delivered what it promised in Delhi, where AAP national convenor Arvind Kejriwal is chief minister.

“Ask it to first fulfill its responsibility to Delhi,” the Prime Minister added.

Mr Modi said that the fate of Punjab was linked with that of the nation, and urged voters to not elect a “government of outsiders and a government of people leading a luxurious lifestyle”.

“This is a border state and Pakistan is eagerly awaiting a chance to use the land of Punjab to destroy India. If a non-serious government comes... it is not only the people of Punjab who will suffer, but the entire nation will have to face crisis,” he said.

Mr Modi asserted that the state needed the SAD-BJP, which could guarantee safety of the nation.