A Turkish government official has said all initial indications suggest that the Islamic State group is behind the attack.

Official said the attackers blew themselves up before entering the x-ray security check (Photo : AP)

A Turkish government official has said all initial indications suggest that the Islamic State group is behind the attack.

The senior official, who spoke on condition of anonymity in line with government protocol, at first said close to 50 people had already died, but later said that the figure was expected to rise to close to 50.

Yildirim said three suicide bombers were responsible for the attack and all initial indications suggest the Islamic State group was behind it. 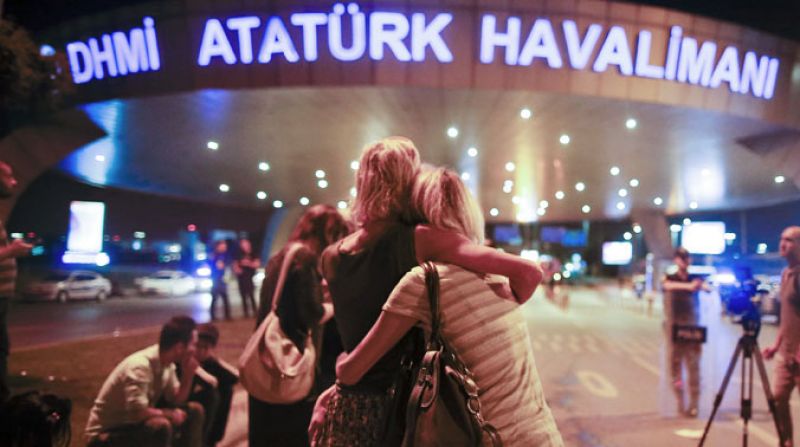 Passengers embrace each other at the entrance to Istanbul's Ataturk airport, early Wednesday following their evacuation after a blast. (Photo: AP) He said the attackers arrived at the airport in a taxi and blew themselves up after opening fire. Asked whether a fourth attacker might have escaped, he said authorities have no such assessment but are considering every possibility.

The victims included some foreigners, he said, adding that many of the wounded have minor injuries but others are more badly hurt.

Another Turkish official said two of the attackers detonated explosives at the entrance of the international arrivals terminal after police fired at them, while the third blew himself up in the parking lot.

The official, who also spoke on condition of anonymity in line with government protocol and cited interior ministry information, said none of the attackers managed to get past security checks at the terminal's entrance.

Turkish airports have security checks at both the entrance of terminal buildings and then later before entry to departure gates. 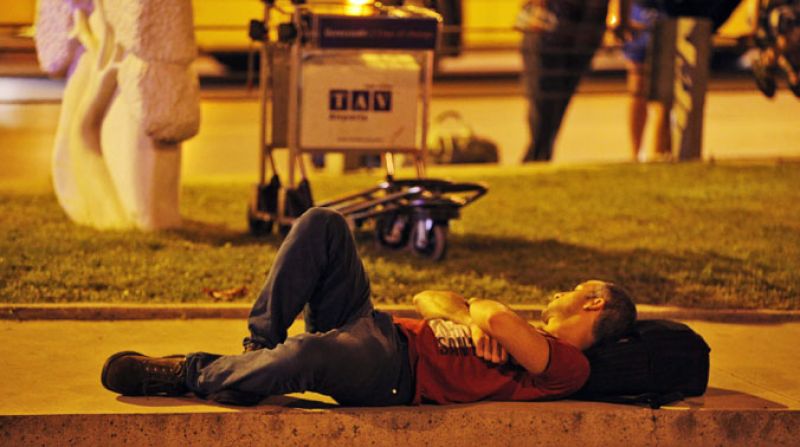 A passenger sleeps on the pavement outside Istanbul's Ataturk airport, early Wednesday, following an evacuation after a blast. (Photo: PTI)

Roads around the airport were sealed off for regular traffic after the attack and several ambulances could be seen driving back and forth. Hundreds of passengers were flooding out of the airport and others were sitting on the grass.

Hevin Zini, 12, had just arrived from Duesseldorf, Germany, with her family and was in tears from the shock.

"There was blood on the ground," she told The Associated Press. "Everything was blown up to bits... if we had arrived two minutes earlier, it could have been us." South African Judy Favish, who spent two days in Istanbul as a layover on her way home from Dublin, had just checked in when she heard an explosion followed by gunfire and a loud bang.

She says she hid under the counter for some time. Favish says passengers were ushered to a cafeteria at the basement level where they were kept for more than an hour before being allowed outside.

The private DHA news agency said the wounded, among them police officers, were being transferred to Bakirkoy State Hospital.