Find out about these techniques 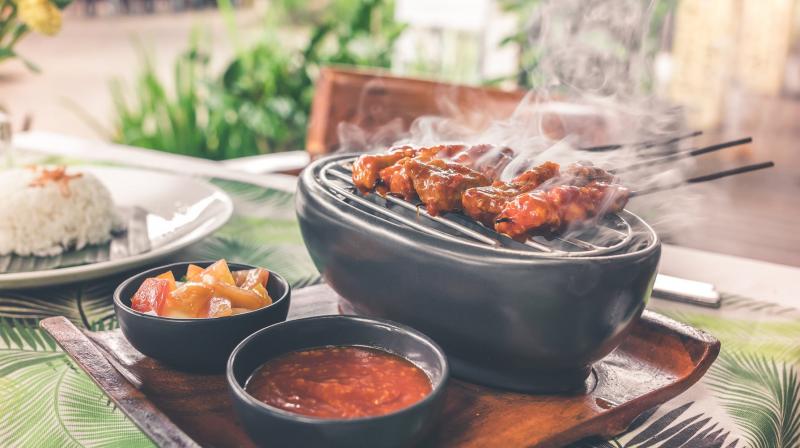 Curtis Stone, owner of Hollywood butcher shop Gwen told, "If you have a Big Green Egg or good kettle grill, something that cooks slow and low with lots of smoke, a brisket is a beautiful thing," adding for even caramelization, "consider steaks sous vide first to keep the temperature even, according to The Hollywood Reporter.

L.A.'S A-Frame chef, who is known for cracklin' beer-can chicken, said, "Cut the bird in half to easily fit it on the grill, "marinate before and don't be shy on salt and pepper."

Chefs Jon Shook and Vinny Dotolo spilt the beans about good ol' fashioned burgers, "You don't need to add oil or anything for the grill, just add salt and pepper," says Dotolo. Keep the patty thick and add cheese just after you flip it on high heat. "Links need slow and low cooking."

"Marinate after, not before, grilling. When done cooking, add olive oil, lemon juice or vinegar, chilli flakes and fresh herbs. If you want fruit, hang a pineapple over the grill. The flame sort of warms and cooks it but doesn't dilute the flavour," Mozza founder Nancy Silverton, said. "Plus it has a great dramatic," said.

Suzanne Goin, the Lucques and The Larder chef, said, "Focus on three or four salads and sides that complement each other."