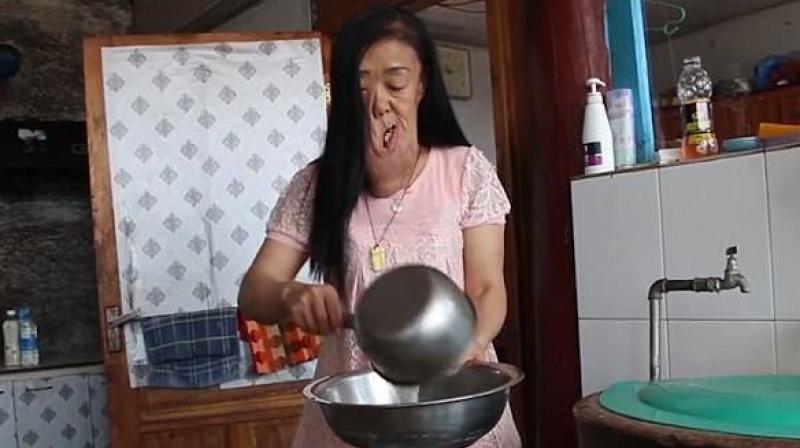 Liu live streamed in 2016 has been receiving a lot of support as people understand her and write positively and even donate money for her treatment. (Photo:Facebook/Kanthan)

Live-streaming has seen a lot of people do the unexpected but it turned out the other way for a Chinese woman. The diseased woman spoke about her condition online and has received immense support from people around the world after receiving a lot of negative comments and she can now hopefully fund her treatment.

According to a report in the Daily Mail, 48-year-old Liu Ying suffering from neurofibromatosis attempted to commit suicide after her surgery failed to help her correct her face last year. Troubled by her situation, she decided to live stream her condition and ask people to help her crowd fund the treatment. Liu who has tumours on her cheeks and chin has difficulty eating and swallowing food and hasn’t improved after an earlier surgery.

Liu live streamed in 2016 has been receiving a lot of support as people understand her and write positively and even donate money for her treatment. While there are many haters, she has learned to ignore them but it has overall been an encouraging experience for her that will hopefully help her get treated and have a better life.