From Europe to Southeast Asia, we list places that are known as destinations for sex tourism. 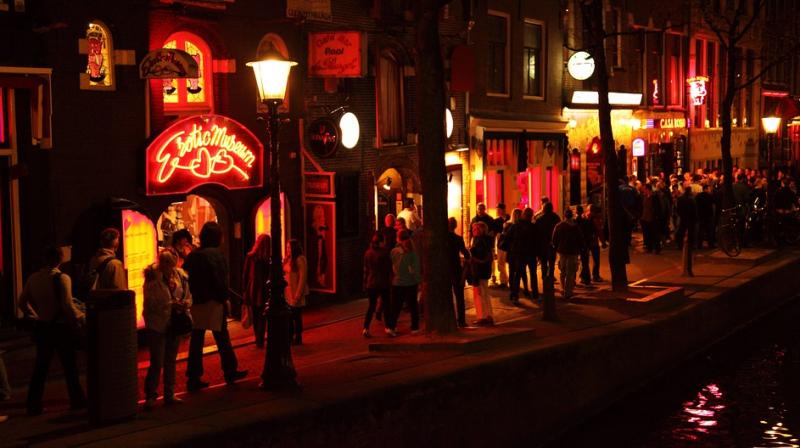 The sex tourism industry is worth billions with millions of sex workers scattered around the world (Photo: Pixabay)

It turns out that while planning for a vacation, there are people who actually are looking for places where they can have uninhibited sex – not necessarily with their partners.

Some people look at sexual encounters while travelling as a way of enhancing their travel experience. And to top it all, the sex tourism industry is worth billions with millions of sex workers, both legal and illegal scattered around the globe.

Here are 10 of the biggest sex tourism destinations around the world:

Germany: Prostitution and even street prostitution is wide spread and organised sector in Germany and it is completely legal. The country has a long history of sexual tourism with organised prostitution in the country dating back to the 1200’s AD. Interestingly, people join the flesh trade in Germany willingly and there are advertisements, and job offers through HR companies. Frauenhäuser ("women's houses") have always been a common part of German history and were looked upon as places which helped curb greater crimes by offering their services. The practice carries on till date.

Spain: Party destinations in Spain that include Madrid, Ibiza and Barcelona which are known for their riveting club and bar scene have also become popular sex tourism destinations. Street that is known as the red light area.

Malaysia: While prostitution is illegal in Malaysia, it is still rampantly practiced and services are widely available. The demand is particularly high in places like Penang, Kuala Lumpur and Ipoh. Most of the sex workers are trafficked from neighbouring countries like China.

Kenya: While it is one of the countries in Africa which is relatively easier to visit, it also has one of the largest sex tourism industries on the continent. The country does not discourage the practice despite the high level of STDs and HIV prevalent. Interestingly, Kenya is a popular destination among older white women who want to 'buy' some time with a man. Children are lured into prostitution by tourists willing to pay handsomely for sex in secret locations.

The Netherlands: Often considered to be one of the most popular sex tourism destinations in the world. Prostitution is legal and regulated while Amsterdam’s, De Wallen, is the largest and most famous red-light district in the city and a famous destination for international sex tourism.

The Philippines: The country has a huge industry domestically with an estimated 800,000 men, women and children working in the trade. It is believed that the country’s international image as a sex destination was formed due to the ‘girlie’ bars that were prevalent during World War II.

Brazil: Another place where prostitution is legal, Brazil however says it is illegal to operate a brothel or to employ sex workers in any other way. Still, dozens of brothels fill the cities, where prostitutes engage in sexual activities.

Colombia: Colombian women are often considered to be one of the most beautiful women in the world, and perhaps this is one factor that has led to sex tourism flourishing in the country. While sex trade is completely legal here, the government is taking efforts to curb areas that re illegal, like child prostitution.

Thailand: The industry apparently started in the country during the Vietnam, war and is a legal profession here with over three million sex workers earning a livelihood in the country.