Producer Eric Jemielita comes up with a unique script in Bollywood

Eric Jemielita, a world renowned investor and entrepreneur, has finally decided to shift his focus to Indian film industry. 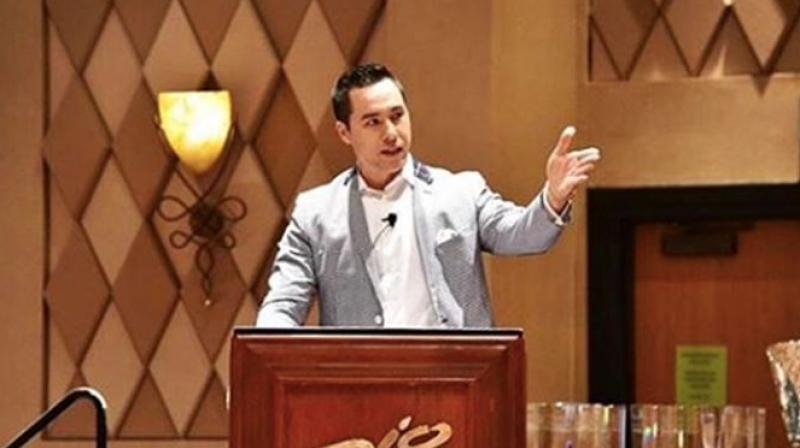 Eric Jemielita, a world renowned investor and entrepreneur, has finally decided to shift his focus to Indian film industry. Looking at the young talents in the country, he believes that this is going to be the biggest film making market in 5-10 years down the line.

With this trend, the President/CEO of Genesis Financial is looking forward to invest in the right projects and make a grip in the industry in the next couple of years.

"Indian film industry is blooming consistently. The amount of talent these young actors have is simply unbelievable and this gives me an understanding that the market here is going to require more producers in the coming days," said Jemielita.

"I have always been a big fan of Indian films because of the amount of drama and family connect they show in their movies. This is an ingredient which keeps everyone glued to these movies and actors. I just want to invest in such movies which have an emotional quotient so that we can find a good place in the hearts of our audience," he added.

He has already joined some project which is based on the life of an urban couple who have some differences between them and how they approach to resolve them. The producer believes, this will engage the current generation in the correct manner and will also help young couples in handling their relationships better.

"I have been watching couples fighting over the smallest of the matters and these quarrels someday lead to their separation. This is really unfortunate that without being wrong, they have to bear a lot of pain. When I read the script, I genuinely felt that this can be an inspiration for many of our young generation couples who lose hope and quit the relationship just because they do not completely understand each other's perspective," he added.

Eric has been in India for about a month now and has been meeting several celebs over the past few days. It seems like some big names are being finalised for this project to ensure broader reach to the audiences.

With the kind of concept the filmmakers have chosen, this surely is going to be a different kind of a love story which might inspire millions in our country. Let's just wait for the film to arrive.