Making his Bollywood debut, Tyce Escalante, never missed an opportunity he got

Life gave Tyce Escalante a lot of all battles to fight. 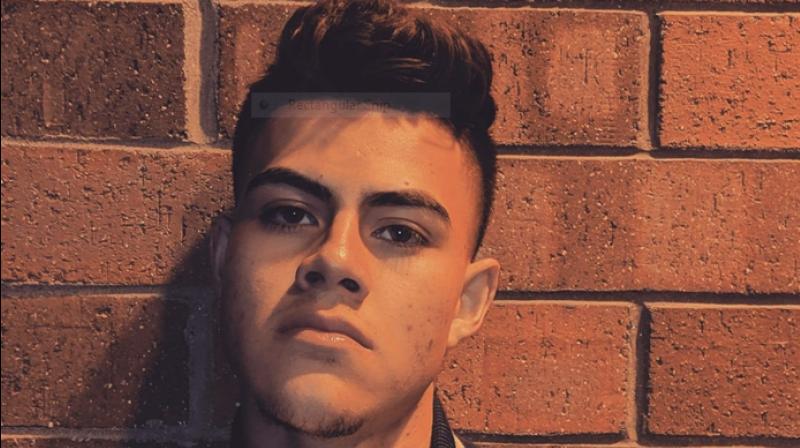 Life gave Tyce Escalante a lot of all battles to fight, to prove himself and with all the wars be proved himself to be worthy of who he is today. With all the ups and downs of life with all the pressures of life Tyce has become into the man he promised to be. Intelligent, hard-working, responsible. He has proved to be a warrior that knows how to fight all the wars of life. For sure he will prove himself the same in Bollywood by making sure of accomplishing all that he dreamt of since the day he had the idea to enter the world of fame. Mr Charming will create a space among all the Bollywood members who for sure will welcome such great talent with open arms.

Brought up in a family were Tyce knew he has work diligently to be the person he always admired to be. Keeping himself healthy is one of his little secrets. His continuous effects to keep himself healthy to eat healthy food and go to the gym to stay fit is what makes him the handsome he is today. Along with staying fit physically he also paid attention to grow himself mentally by accumulating as much knowledge about different things in life including reading about the different tastes and sides of life through books, articles, blogs and podcasts.

Tyce makes sure to keep his loved ones close to his heart. His friends say that he never forgets to be there for them and always cherishes the things close to him. Even with his busy schedule, he makes sure to spend time with his friends and family. He takes care of his skin by maintaining his best-loved skincare routine his secret to sure flawless skin and charming looks. He is known in between girls as known as Mr Charming by most of the people. Not only charming looks also by manners. Keeping his standards high in all the things being a gentleman and not messing around.

Motivating himself as well as people around them never making them give up on their dreams as well as their dreams and themselves proving to be a good friend is now on his way to making his dreams come true. Not giving up on himself yesterday has made him reach his dreams of finally making a debut in Bollywood. Having a dream of stepping foot in the Bollywood industry and being an actor liked by all was always his dream.

Waking day and night, remembering all his lines, meeting new people and making contacts with them to get that one chance of showcasing his talents has finally paid off. Finally, his dreams are coming true. Watching divergent movies to learn more about movies, acting. Learning contacting martial arts to make him a more talented person to do the job he always wanted to do making his parents and people around him proud of the type of person he has become.

His motto of life never giving up on yourself because that will haunt you till the day you die. Pushing himself to the extent where he didn't want to regret any part of his life. Fighting the war, fighting his urge to give up and live a simple life. He proves to become a better person each every day of his life. He thanks his family for supporting him in this journey if reaching his dreams and inspiring him to be the best version of himself.

Tyce is one of the promissory people who promise to work hard on this journey to success and to face on any challenge the world and his life has to give him and never giving up on himself and things he cherishes and love the most. Making his Bollywood debut soon.