Fans snatch up reservations to experience the attraction based on the iconic film series. 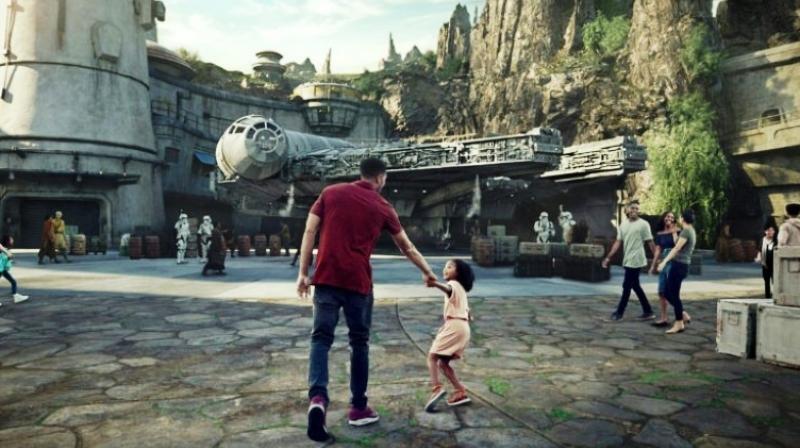 A similar Star Wars park is also opening at Disney World in Florida at the end of August. (Photo: AFP)

California: Reservations for Disneyland's new Star Wars theme park filled up within two hours of going online Thursday as fans raced to be the first to experience the attraction based on the iconic film series.

The California Park began accepting requests at 10:00 am local time to visit "Galaxy's Edge" during the first three weeks after the May 31 opening. By noon, park officials said that all of the four-hour time slots had been filled.

The $1 billion attraction will feature rides, eateries and a space-themed cantina. Those still keen to visit the park during that time period can still get a reservation but only by booking a room in one of the resort's three hotels.

"We are delighted that our guests are as excited as we are about the May 31st opening of Star Wars: Galaxy's Edge," Disneyland spokeswoman Liz Jaeger said. "We can't wait for them to visit - and we look forward to delivering a great guest experience both now and after June 23rd, when reservations will no longer be required."

In anticipation of the huge crowds expected at the opening, Disney has implemented new rules at the park in Anaheim, including size restrictions on strollers and push wagons and eliminating smoking areas.

A similar Star Wars park is also opening at Disney World in Florida at the end of August.