Meanwhile, the air quality in Noida and Gurugram is in the 'poor' category 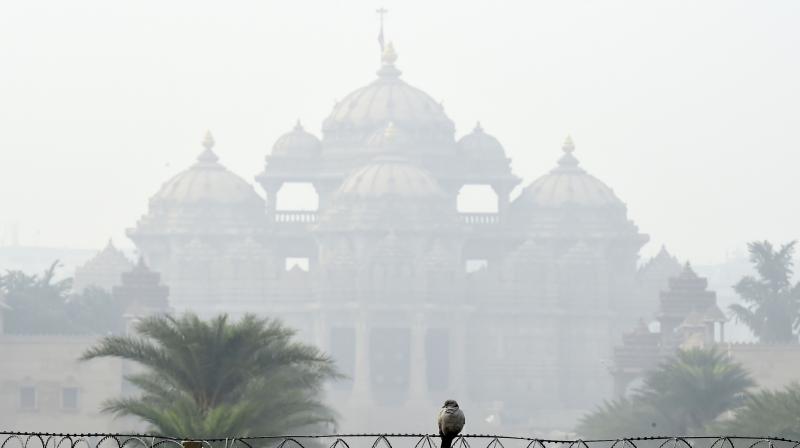 A bird perches on a barbed wire in the backdrop of Akshardham Temple shrouded in fog, in New Delhi. (Photo: PTI)

New Delhi: Delhi's air quality has deteriorated further as it slipped from the 'moderate' category to 'very poor', with the city recording an overall Air Quality Index (AQI) at 312, according to the System of Air Quality and Weather Forecasting And Research (SAFAR).

The air quality in the national capital was in the 'satisfactory' category continuously for three days from January 9 to January 11, while it slipped to the 'moderate' category on January 12.

Meanwhile, the air quality in Noida and Gurugram is in the 'poor' category.
The AQI in Noida stands at 262, while Gurugram's AQI is at 256.