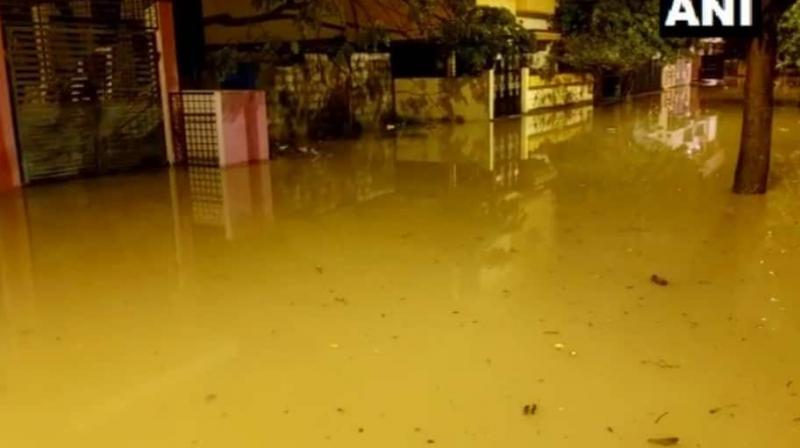 The Indian Meteorological Department (IMD) has predicted heavy to very heavy rainfall at isolated places over Karnataka for the next three days. (ANI)

Several areas including BTM Layout, HSR Layout, Anugraha Layout, and Madiwala localities flooded with water due to the overflowing of Madiwala lake.

Meanwhile, the Indian Meteorological Department (IMD) has predicted heavy to very heavy rainfall at isolated places over Karnataka for the next three days.

Earlier on Monday, the city started witnessing heavy rainfall which later cause a flood-like situation.

Several areas, including the Kempegowda International Airport (KIAL), were waterlogged following heavy rainfall in the city.

Following the heavy rain, a man was killed due to a short circuit in a house that was flooded, in the Konappana Agrahara limits of Bengaluru.