It said that during the period of complete closure of the runway, IAF will ensure airlift of vaccines from Pune to Mumbai 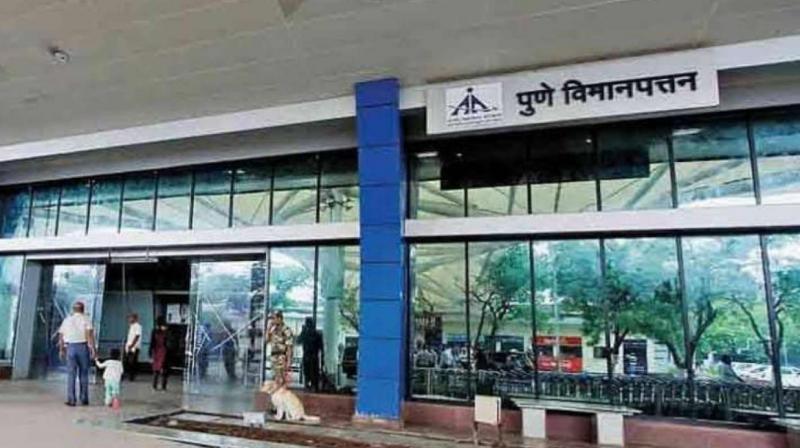 Pune: Pune airport will remain closed for fourteen days from October 16 to October 29 to complete the runway resurfacing work.

"Flight operations will remain completely closed from tomorrow till October 29 and it will resume from October 30," Pune Airport Director Santosh Dhoke told ANI.

Indian Air Force (IAF), which manages the runway operations, said that due to rapidly deteriorating condition of the runway and associated operating surfaces at the Air Force Station, Pune, the runway resurfacing had become urgent.

Partial closure of the runway was done for 12 hours daily during night from October 26, 2020 to October 25, 2021 for the works, in order to cause the least disturbance to civil aviation.

"A 14-day complete closure was planned from April 26 till May 9, 2021 to undertake the resurfacing of the central bitumen portion of the runway. However, due to emergent requirement of transport of COVID-19 vaccines, The Ministry of Defence had directed to defer the complete closure of runway," IAF statement said.

It said that the closure of the airport was planned for third and fourth week of October.

"The exact dates of closure from October 16 to October 29 2021 could be promulgated only after the requisite approvals were obtained from the Ministry of Health and Family Welfare and The Ministry of Defence. As per the present plan, flight operations would resume from October 30 2021, before the Diwali festival," the statement said.

It said that during the period of complete closure of the runway, IAF will ensure airlift of vaccines from Pune to Mumbai by deploying suitable assets to ensure uninterrupted supply chain.