BMC to build 125 shelters for homeless

However, the BMC did not mention the exact date or time they would be made available. 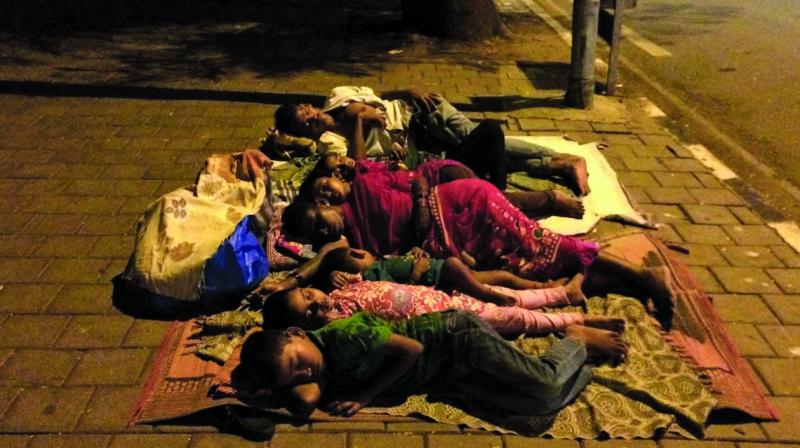 Mumbai: The Mumbai civic body has said that construction of 125 shelters for the homeless in the city is underway, and 20 such structures will be made available in the next couple of months.

Responding to a Right to Information (RTI) query filed by activist Anil Galgali, the Brihanmumbai Municipal Corporation (BMC) said that it is following a Supreme Court order to construct one shelter for every one lakh people in the metropolis.

The civic body said that it is planning to construct 148 such shelters across the city, of which, the construction of 125 shelter homes is underway and 20 of these 125 shelters will be made available in the next couple of months. However, the BMC did not mention the exact date or time they would be made available.

Asked why the civic body failed to come up with the required number of shelters, a senior civic official, requesting anonymity, attributed it to the “space crunch”.

“The city is already space starved, even for those who have money in their pockets. Providing shelters for the poor is a challenging job for us. The BMC, however, has stepped up its efforts to provide shelter homes,” he said.

The official added that this is the first time such shelters were coming up in the financial capital.

However, Mr Galgali said, “The BMC is lethargic in this matter. Despite the Supreme Court order that there should be shelter homes, there are no shelter homes in the city. Isn’t this suspicious? Only after continuous follow-up from NGOs, the civic body has agreed to construct shelter homes. It is sheer negligence on the part of the Brihanmumbai Municipal Corporation.”

According to experts, if there are shelter homes, there will be no vagabonds, drug addicts, beggars and homeless people on the streets as they will have a roof over their head.