Residents of the area asserted that the BMC is going ahead with cutting trees based on old permission letter from last year. 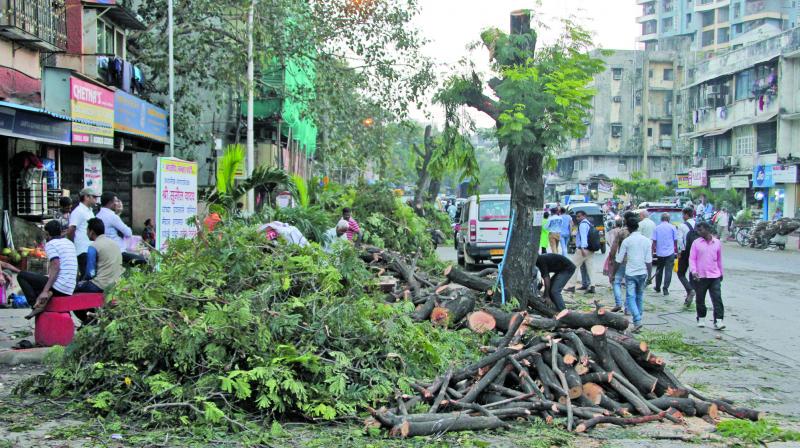 The spot where trees were cut on the Old Nagardas Road in Andheri East. (Photo :Mrugesh Bandiwadekar)

Mumbai: The Brihanmumbai Municipal Corporation (BMC) tree authority on Tuesday hacked seven trees which were around 40 years old from the Old Nagardas Road in Andheri east, despite a petition questioning the proposed cutting due to road-widening purpose pending in the Bombay high court. Among the various reasons, the BMC’s Garden Department highlighted in its permission letter from 2016 was one which stated that trees gave the area a shabby look, leading to an increase in encroachment by hawkers in the area.

Last month, activists had moved the HC against the matter and succeeded in stopping tree felling before the matter is heard. Yet on Tuesday, the trees were axed. Activists have cried foul over the haste with which the trees were hacked in the guise of road widening. The Asian Age had earlier reported that the BMCis hacking 34 trees in Old Nagardas Road in Andheri East for road widening purpose.

Residents of the area asserted that the BMC is going ahead with cutting  trees based on old permission letter from last year. 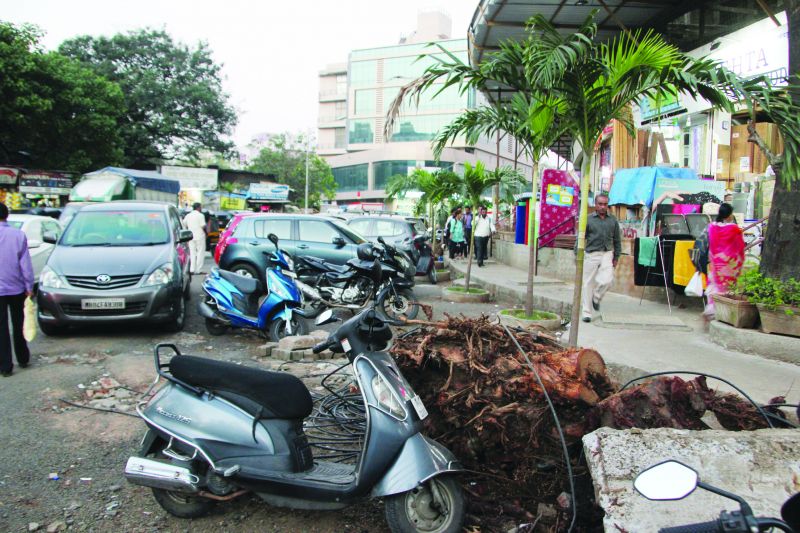 “Despite the matter being heard in the high court, the BMC is going ahead with the cutting of fully grown trees. They had planted more trees in the same spot few months ago. But if they knew that trees were going to be cut for road widening, why plant them in the first place?” said Zoru Bhathena, a Mumbai based tree activist and petitioner in the matter.

Locals also claimed that more than half of the newly planted trees are dead because of no maintenance. “The BMC is adamantly cutting in trees in the area when they are not even obstructing the traffic. A spot where the trees were cut is now being used a parking space, which is affecting the traffic movement. The Tree officers said the trees would be transplanted in Mahakali road, Andheri.