Locals to protest for kids’ safety at schools, colleges

The residents’ demand is that rules of accreditation given to schools by the government be reframed. 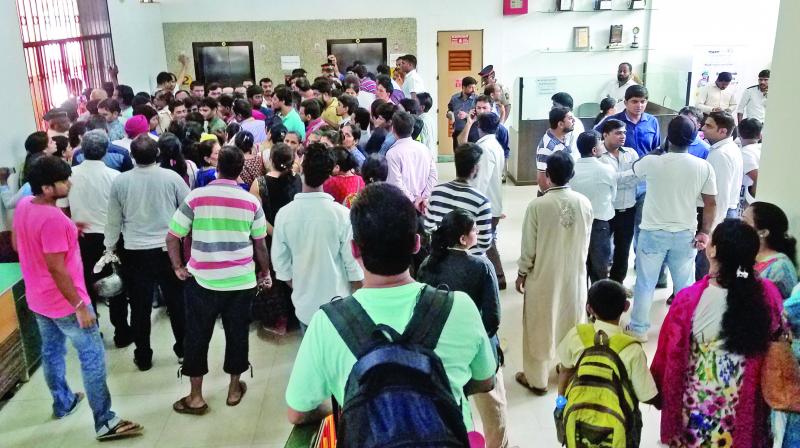 Parents of the girl allegedly raped by a peon in a Malad school had protested at the school on August 8.

Mumbai: More than 500 residents of Lokhandwala and Oshiwara will stage a protest on August 20 to create awareness about measures for children’s safety at educational institutes. The decision comes in the wake of the recent alleged rape of a four-year-old Malad schoolgirl in the school’s washroom for several days, which came to light on August 7.

The residents’ demand is that rules of accreditation given to schools by the government be reframed.

Dhaval Shah, founder, Lokhandwala-Oshiwara Citizens’ Association (LOCA), said, “Many schools in our city have ‘A’, ‘B’ and ‘C’ accreditations notwithstanding their original status. A majority of them do not have proper CCTV cameras and security, which is the main reason so many unfortunate incidents occur in our city.”

The protest is the brainchild of LOCA and Arunima women’s self-help group.

Shah said, “Our demand is that accreditation be given considering safety equipment installed in schools.”

The demand is that schools install CCTV cameras everywhere, including in the lobby, foyer, outside and inside classrooms, and near washrooms. Also, along with regular CCTV cameras, night vision cameras be set up as during the rainy season, regular ones provide blurry images.

The local residents’ group will also send a memorandum to chief minister Devendra Fadnavis that will ask for removal of “government officers” from the audit system of schools.

Shah said, “We want the audit to be done by a renowned third-party and not any government officer because many a times, money is involved during the audit.”