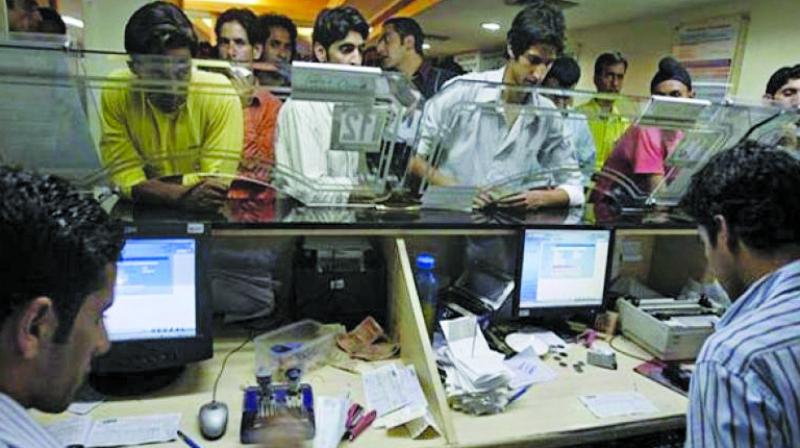 Mumbai: The Central Bureau of Investigation (CBI) on Friday arrested Bank of Maharashtra’s former Pune zonal head and a director of private logistics company based in Surat in connection with an ongoing investigation into a Rs 500 bank fraud case.

In 2012, the CBI had booked the private firm Siddhi Vinayak Logistics Ltd based in Surat and ten other persons/entities and unknown officials of Bank of Maharashtra.

The Bank of Maharashtra officials had sanctioned various credit facilities to private logistics company including its subsidiaries Working Capital limit, Term Loans between 2012 and 2014 and had also given loans to 2,802 drivers of the company under Chalak Se Malak scheme for purchasing trucks.

“The alleged loss caused to Bank of Maharashtra was around Rs 836.29 crore. It was further alleged that the loans to the drivers were sanctioned without their knowledge and by using forged documents and the company did not utilise the loan proceeds for the purpose for which they were sanctioned,” said a press release issued by CBI.

The loans were allegedly sanctioned by Deshpande by ignoring various irregularities and violating existing guidelines of the bank. Baid, one of the directors of the company, allegedly was the authorised signatory to operate account of the company.

Search was conducted at Deshpande’s residence in Pune, which led to the recovery of electronic gadgets, LIC policies, FDs, two locker keys of banks and other related documents.

Officials said three more cases have been registered by the CBI against SVLL, its directors and others in which the Oriental Bank of Commerce, Bank of Baroda and Indian Overseas Bank were allegedly defrauded.  An alleged loss of Rs 1,566. 39 crore was suffered by these banks.

The accused have been remanded to police custody for further investigation.