Thackeray demanded death penalty for those guilty of the crime and said that the case be dealt with impartially. 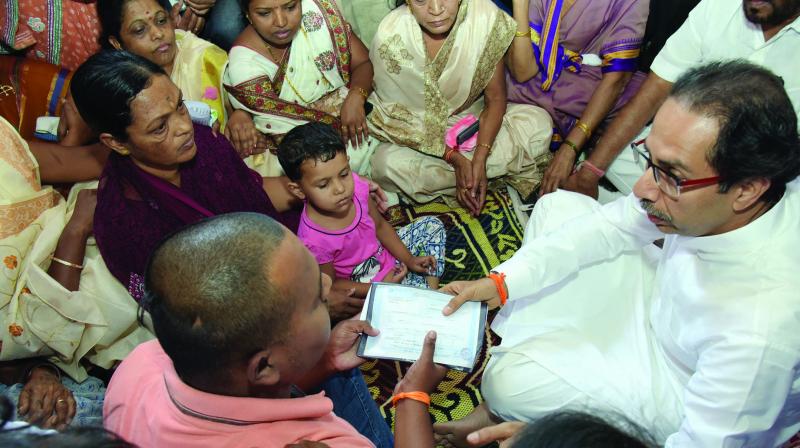 Mumbai: In a thinly-veiled attack on chief minister Devendra Fadnavis, Shiv Sena Uddhav Thackeray demanded that the state should have a separate home minister as the law and order situation was deteriorating. Mr Thackeray was speaking in Ahmednagar in the backdrop of the recent murder of two Sena leaders, in which a legislator each from the BJP and the NCP were arrested.

Terming the BJP-led government as “unworthy”, Mr Thackeray said, “The assailants attacked the two Sena leaders when they were alone. We will not leave them easily. I appeal to the chief minister that the state needs a separate home minister to handle the law and order situation.”

Two motorcycle-borne assailants shot dead Sanjay Kotkar (35) and Vasant Thube (40) in the Shahunagar area of Kedgaon in Ahmednagar earlier this month, barely hours after a Congress candidate was declared as elected in the civic by-election. BJP MLA Shivajirao Kardile, who represents the Rahuri constituency in the Assembly, was arrested for allegedly vandalising the Ahmednagar superintendent of police’s office along with his supporters, after his son-in-law and NCP legislator Sangram Jagtap was detained in connection with the double murder.

Mr Thackeray demanded death penalty for those guilty of the crime and said that the case be dealt with impartially. “The government should appoint an IPS officer like Krishnaprakash and public prosecutor Ujjwal Nikam for the case,” he said.

The Sena chief met the families of the slain Sena leaders to console them. He also gave Rs 15 lakh aid to the family members. The Sena ministers earlier demanded that the CM hang the culprits behind the murders.