From June to September this year, as many as 510 trees collapsed, of which 367 were from housing societies and private premises. 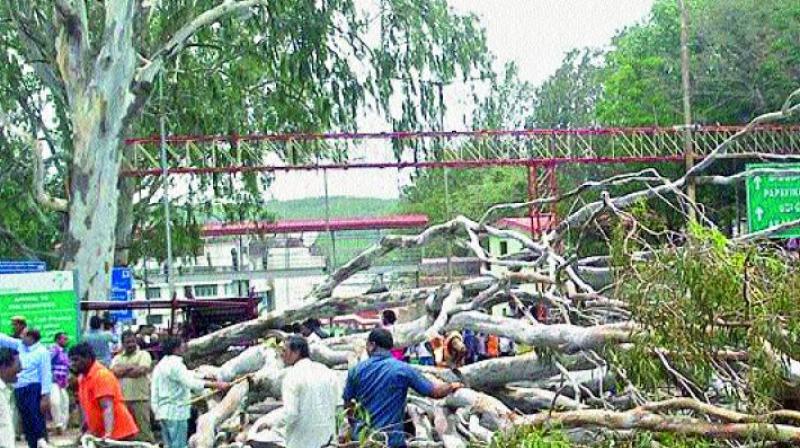 Mumbai: The Brihanmumbai Municipal Corporation (BMC) data shows that more than 70 percent of trees that collapsed during the four months of monsoon were from private places.

From June to September this year, as many as 510 trees collapsed, of which 367 were from housing societies and private premises.

The western suburbs were more affected during the monsoon, as they witnessed maximum tree collapse (164) and branch falling (349) incidents at private places. This monsoon, seven deaths had taken place due to tree collapse – three in city area and four in suburbs.

“The BMC carries out pruning of trees on the public roads and pavements, whereas it is the responsibility of the respective private society to carry out trimming of trees in their premises,” said a senior civic official.

The private socie-ties have to first seek permission from the BMC. Following this, the BMC appoints contractors to carry out tree trimming works by charging fees.

“Before monsoon, the BMC carries out pruning of trees at public places within its jurisdiction. But to evade tree-trimming charges, several housing societies do not seek civic body’s help that results in negligence towards the maintenance of trees. Hence there are less instances of tree collapse on municipal land, whereas it is more in private premises,” said an official.