The upside of this unconventional system is that, besides chicken and mutton, the vans would also serve meat of quail, duck, turkey and emu. 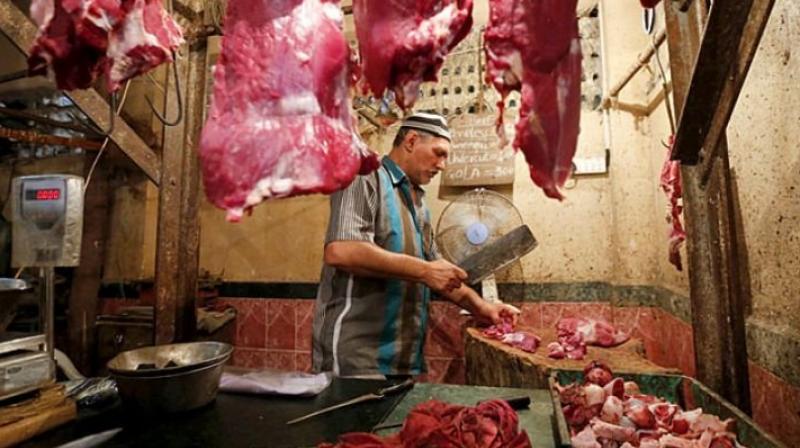 Kolkata: While Uttar Pradesh, and now Jharkhand, have faced the onslaught of ban on sale of illegal meat, the West Bengal government has taken steps to home deliver meat through "Meat on Wheelz".

The upside of this unconventional system is that, besides the regular chicken and mutton, the three vans would serve meat of quail, duck, turkey and emu.

Although there would initially be three vehicles going across Kolkata, "Depending on the success, of the pilot project, a few more vehicles would be added, including in other district headquarters of the state,” an official said.

In a jibe at the recent closure of slaughterhouses across Uttar Pradesh (UP) under Yogi Adityanath, West Bengal CM Mamata Banerjee’s statement said, "People are afraid and many are scared about differences over caste, creed and religion."

Noting that revenue has trebled over the past few years, an official of the brand Haringhata Meat said, "In 2014-15, we had sales of Rs 4.35 lakh in frozen and processed meat. By 2015-16 September, it had jumped to Rs 9.58 lakh. If you take into account sales during the Ahare Bangla food festival, we crossed the Rs 10 lakh mark."

Ahare Bangla is the food festival organised by the West Bengal government.