The only problem with the hot weather is that all chances of social distancing are gone! 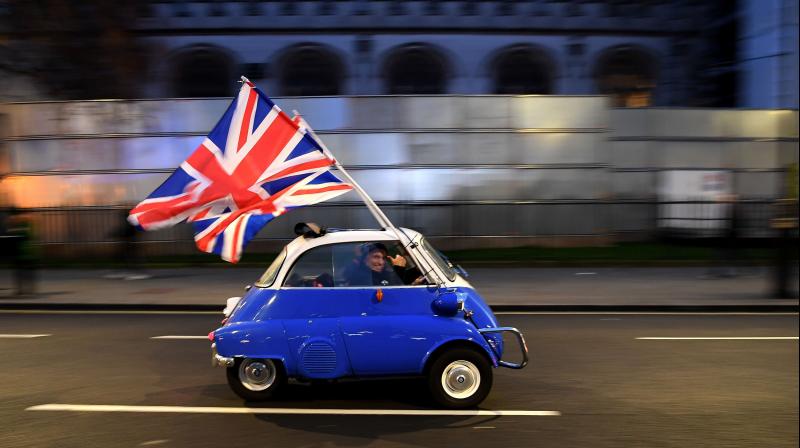 Twenty million have already been vaccinated (36 per cent of population), more than in France, Germany, Italy and Spain put together. (Representational Photo: AFP)

It is only befitting that good news about the vaccination drive is accompanied with good weather too — which for UK means sunny days here again! The mood has definitely begun to lift. There is also much more confidence because the vaccination programme has been so successful. Twenty million have already been vaccinated (36 per cent of population), more than in France, Germany, Italy and Spain put together. There is the joy of revenge, having Brexited, that Europe is doing worse. We are now vaccinating the age group 60 plus with the promise of all by end-June. (I have, too, received my call for the vaccine from NHS!) And the best part is that the government has also ordered the single shot Johnson and Johnson vaccine which can be stored in a refrigerator — and thus does not face the challenges of a Pfizer vaccine for storage. This sounds ideal for India — where a single shot that could be stored easily would mean faster vaccination for the entire population. Trials have shown that the Johnson vaccine is over 90 per cent successful against the virus — so definitely things are getting better and better!

The only problem with the hot weather is that all chances of social distancing are gone! The weekend saw people already stripping down and going to the beach, and eventually to the bars. Despite all warnings to be careful — the British always jump back into anarchy with the slightest bit of warm weather.

While in India we rush indoors and switch on our air conditioners on warm days, in the UK, they head outdoors and lie down on any available open space — treating parks like green beaches. Except the Desi community of course, who are safely indoors, avoiding the hot sun, and switching on fans, if they have them.

Ministers are still being cautious after the earlier mistakes of a premature relaxation of lockdown. But it looks like schools will reopen early March. Young people bored out of their heads at home will love this break. But even more so their parents. Apparently home teaching has been harder on the older ones than on the children. Teaching fractions and knowing what a gerund is or locating Botswana is trying. So apparently Google has been working over time answering the parents’ inquiries. Once schools reopen,  they will heave a sigh of relief and promptly forget problems of the past participle.

Wednesday is Budget Day. Normally no one cares much except the business pages of newspapers. But the Chancellor Rishi Sunak (or “Dishy Rishi”) retains his popularity, despite the threat of the looming increase in taxes …which he has already begun to warn everyone about. The media is in a quandary about how to tackle him. Normally, a Chancellor belonging to a minority group, Black and Minority Ethnic (BAME) would deserve warm sympathy and several encouraging tweets. But how do you deal with a Chancellor who is public school, Oxford and Stanford educated, successful as a hedge fund manager and sufficiently at home with billions and fractions not to have to go to Google to do his sums? Hmmm... could some of the good publicity be due to the special adviser helping him calibrate his image, his clothes, his winning slogans ? Why not? I think having good public relations and communications is half the battle won!

The saga of the pregnant minister came to a climax last week in Parliament (we had mentioned it some time back). Of course, at first, there was a shock that no provision had been made in law for a minister to have maternity leave. But then it was discovered that the word woman (or man) falls foul of equality legislation. So the word “person” was used instead of “woman” in the drafting of the bill. The “person” had to be pregnant, etc. When the bill came to the House of Lords there were 38 identical amendments from various lords and Baronesses asking that the word “person” be replaced by “woman”.

But — in these days of political correctness — there was worry about the trans community which takes the view that the word “woman” is discriminatory. Biological sex at birth is different from identity one can choose and what would happen if a “trans person” fell pregnant? This is a tricky issue not to be mocked. But all decided that, for this matter, the word “woman” was appropriate. So no vote had to be taken on the amendments. The bill has now passed both houses and is law. Phew!

By the way, cricket or Test matches or spin bowling are taboo subjects after the inglorious collapse in Ahmedabad. Maybe England will send a team of 11 players who are Persons of Indian Origin. Then England may win.

On the same note, may I add that the reverse colonisation of Britain may be already taking place — at least in the eyes of some Indian film producers. The film adaptation of the novel, The Girl On The Train, has mainly Indian characters, all living in London, speaking Hindi. There are a few white British characters, but all minor. It is as though the White British were suddenly wiped out from the city. For those of us living here — it makes the adaptation quite unreal… as yet….