What the statistic tells us is that the influence of religion over life in Britain, unlike, say, in Iran or Afghanistan, is dwindling 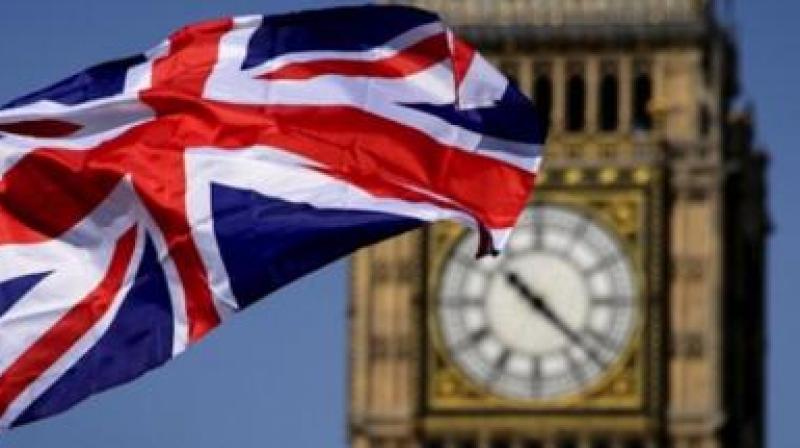 “O Bachchoo let me ask you

When push comes to shove,

What ultimately is the price of love?

It depends, merey yaaron, on you and who

Can its consequence be labelled ‘the price’.

No, love’s just a disease infecting the heart

Beating in unison when its returned

--Or when unrequited tears it apart?”

A latest searching statistic in Britain has discovered that fewer than 50 per cent of the population now claim to be Christian. No, gentle reader, this is not because the country has now been, in terms used by the home secretary, “invaded” by 51 per cent of Muslims, Hindus and barbarians. It’s because a proportion of British citizens consider themselves to be humanists, Buddhists, agnostics, atheists and devil-worshippers (though this last lot are not that numerous). And the immigrant argument does not work as very many churchgoers are black.

What the statistic tells us is that the influence of religion over life in Britain, unlike, say, in Iran or Afghanistan, is dwindling to nothing. Britain has no ayatollah at the head and helm.

Oh, hang on! There’s a Hindu celebrating Diwali, lighting clay lamps outside 11 Downing Street as chancellor of the exchequer. Cute!

My friend Samir Shah even wrote an article in the Spectator (Yuckkkk!!! But then we writers have to earn a living?) about Hedgie Sunak and his Hinduism. His article was headlined: “How will Rishi Sunak’s Hinduism inform his premiership?” In his erudite fashion, Samir tells us that in the Bhagvad Gita, Krishna sets out four principles of life, the second one being “artha”, which Samir says means “wealth”. Yes, it does in several interpretations of the Sanskrit texts but, gentle reader, not in very many others. In these others it could mean “meaning”. In some texts, “artha” means instruments of satisfaction. The Bhakti cults even say “artha” is the instrument by which you love God.

I wonder if Samir’s favoured interpretation means that Hindus shouldn’t feel any guilt about being hedge-fund gamblers, accumulating billions by “shorting” and “longing” (or whatever they do) the numbers of money markets instead of doing a decent day’s work. Your Hindu faith says it’s cool — “artha” = billions of capitalistic loot — go for it!

Samir didn’t write the headline. It’s egregious. Hedgie can light as many Diwali lamps to please his gods (my family lit Diwali lamps and had bronze statues of Shiva and Ganesh at home!) but nothing of Hinduism influences anything in his stance or political behaviour.

That is entirely governed by two factors. The first is the terror of the failing post-Brexit British economy. His financial measures with Jeremy Hunt, his chancellor, are a desperate scramble from the edge of the economic cliff. If he did anything else, we’d have a new PM in days after his financial announcements — he’d be Hedgie Trussunak!

The second is his attempt, without any political plan, policy or principle, to keep the Tory party from infighting and voting him out. His Cabinet appointments are desperate attempts to be inclusive. He has appointed, for instance, Jacob Rees Mogg and Cruella “Clueless” Braverman, both members of the extreme right-wing European Research Group, a xenophobic conglomerate whose only “research” has resulted in ruining Britain’s economy and status in the world.

Cruella was asked last week in a parliamentary committee by a Tory MP, no less, to outline a safe and legal way for asylum-seekers to enter the country. This “home secretary” had no idea and no answer. It’s akin to a foreign secretary not knowing who Vladimir Putin is or what he’s doing in Ukraine.

Cruella was born Sue Ellen Fernandes, of Goan descent. Gentle reader, the Spectator wouldn’t dream of commissioning me to write an article about how the Goan Christian background, into which she was born, affects her policies, but I can have a go here.

In 1961, Goa, then a Portuguese occupied territory of India was liberated by the Indian Army without much of a struggle. At the time, living in Poona (now Pune), my family had a Goan Christian cook called Ignes Pieres. My teenaged friends and I were obviously in favour of the decolonisation of Goa, but Ignes was dead against it. We argued, him saying that the Christian Portuguese were a civilising force and the Indian hordes were pagans. We asked him why we weren’t working as cooks in his house in Goa and why his teenage daughter was an immigrant maid in Bombay and why our sisters weren’t maids migrating as servants of families in Goa?

The argument didn’t weigh with him. His entire upbringing had left him convinced that Indians were invading pagans.

Now Cruella has clearly announced that one of the policies she favours is curtailing the visas that Indians are granted to study or work in Britain. Though she probably celebrates Christmas, she is a devotee of an obscure Buddhist cult whose leader is even now undergoing investigations of sexual assault on minors. So, did the Catholic Goan family into which she was born influence her in an Ignes Pieres way? Or is she a devotee of Buddhist tolerance and compassion?

Her policies and professions seem to prove that neither religion has any sway. Both originate in right-wing bigotry. Bigotry is the lyric of the bigot and the Hindu Hedgie goes with it because he needs the bigots and — Shiva, Ram and Krishna help him — he can do no other.