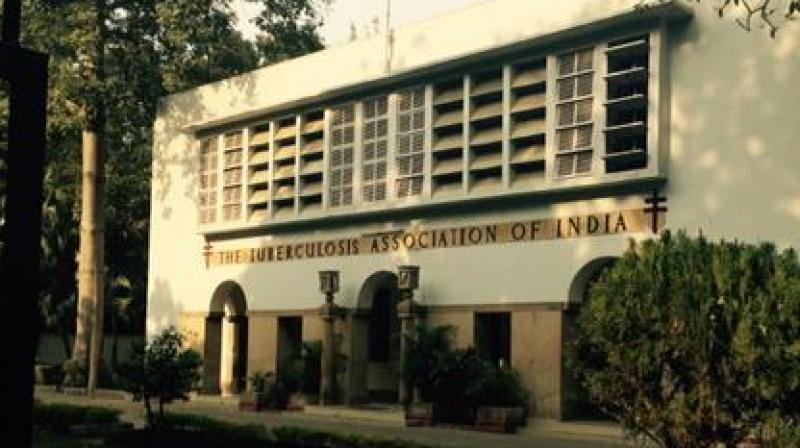 Many of these institutions have worked in India for decades on difficult problems where government services were either inadequate or unavailable, such as leprosy and tuberculosis, healthcare and emergency relief. (Representational Image/ Twitter)

It must be presumed that the home ministry and the Government of India headed by Narendra Modi, with the numerical majority of the BJP in the Lok Sabha, must have valid reasons for refusing to renew the permission to receive foreign funding under the Foreign Contributions Regulation Act to almost 6,000 non-governmental organisations. No responsible and accountable government, especially one in a country the size of India with its many problems and critical gaps that affect the competence of the administration to deliver essential and life-saving services to the vulnerable, can function in a whimsical fashion.

The question has arisen because among the almost 6,000-odd NGOs are prestigious institutions like the Indian Medical Association, the Indian Institute of Technology, Delhi, Jamia Millia Islamia, Leprosy Mission, Tuberculosis Association of India, the Indira Gandhi National Centre for the Arts, the India Islamic Cultural Centre, the Missionaries of Charity and Oxfam.

For the MHA to tersely state that these institutions have been denied permission because of “violations” is not sufficient. The beneficiaries of the assistance must know more, because if there has been a violation, the nature of the violation must be disclosed.

Explanations are necessary. As much for the foreign donors, as for the recipients of services from these institutions, information about their credibility is important.

Many of these institutions have worked in India for decades on difficult problems where government services were either inadequate or unavailable, such as leprosy and tuberculosis, healthcare and emergency relief. Many of these institutions have been the first responders in any crisis, like natural disasters as well as the ongoing Covid-19 pandemic.

Teams of doctors from the Indian Medical Association have worked alongside governments in the states to deliver to healthcare to people affected by natural disasters or out of control spread of disease, like Oxfam during and even now in the pandemic. Oxfam offered and the Government of India accepted the proposal that the organisation would bring in small oxygen plants and set them up in sub-district and district hospitals. The government also accepted Oxfam’s aid for bringing in emergency medical supplies at a time during the pandemic when the Supreme Court felt it necessary to intervene to remind the Government of India that it was falling short because it had failed in its primary responsibility for keeping the people safe.

Generations of Indians have seen images of the nuns of the Missionaries of Charity working around the clock at disaster sites across the country and indeed in conflict and disaster zones in trouble-torn countries. It is therefore a shock to people to discover through the RSS’s mouthpiece Panchajanya that the Bharat Ratna was conferred on Mother Teresa because of the “necessities of the so-called secular politics of India”, and that her sainthood was a “lie”. To make the charges credible, the Panchajanya article, “Crucifixion, Power and Conspiracy”, refers to books and articles on Mother Teresa that questioned her morals and her work for the poorest of the poor. The selection of charges and the slant in the article is curiously similar to the narrative crafted by Christopher Hitchens in his The Missionary Position, where he questioned the work, principles and morals of Mother Teresa.

Explanations are also necessary after the controversy over FCRA rules were relaxed to allow the newly minted Prime Minister’s Citizen Assistance and Relief in Emergency Situations fund to receive funds from Indian citizens, corporates as well as foreign donors. While a bureaucrat heading the PM-CARES maintained that the fund was a public charitable trust and not a government entity, the actual status of the fund is disputed. If it were an NGO as its functionaries and lawyers claim, then why is its Web address the same — pmcares.gov.in — as that of other government entities? The portal has the Prime Minister’s image on it; it also displays the Lion Capital of Asoka, which is India’s state emblem, the use of which is legally restricted to the government and government entities.

The point is that all governments in elected parliamentary democracies are tasked with governance and there must be valid reasons for the decisions that are taken. The absence of clarity over PM-CARES is as much a violation of the idea of accountability as is the lack of explanation on why many first responder institutions have been listed by the Union home ministry as violators.

The absence of transparency on how the home ministry arrived at its conclusions about various NGOs and their utilisation or alleged misuse of foreign funds once again challenges the credibility of the Narendra Modi government and underscores the trust deficit in the executive that has grown over time. The reaction of Mamata Banerjee and other Opposition leaders, as well as the social media chatter, suggests that sections of the public and the political establishment see the non-renewal of permission to receive FCRA funds as a penal measure that delivers a political message.

The “weaponisation” of the FCRA by this and earlier governments is all the more unacceptable because some of the institutions that have been put on the list of NGOs denied permission to receive foreign funds have worked and continue to work to plug the gaping holes created by the government’s failures on many fronts. Over the decades, successive governments at the Centre and in the states have failed to construct adequate health infrastructure, social infrastructure and the capability of anticipating, planning and responding to crisis management as the second wave of the Covid-19 pandemic shamefully revealed to the Indian people and the global community.

Not all the NGOs are flawless. Not all NGOs use funds as they should under the law. It is the task of the government to monitor and deal with violations of the law. But the act of monitoring and regulation cannot be perceived as whimsical or vindictive. To avoid such perceptions, born of distrust, it is necessary for all governments, at the Centre and in the states, to be transparent and without prejudice. If Oxfam’s India Inequality Report 2021 was embarrassing for the Narendra Modi government, the response is not to cancel the institution’s permission to receive foreign funds. If the Missionaries of Charity is in violation of the FCRA rules, there is no need for the RSS to attack Mother Teresa. The government has to function on its own terms. Being perceived as operating on terms that are purely political only diminishes the leader.