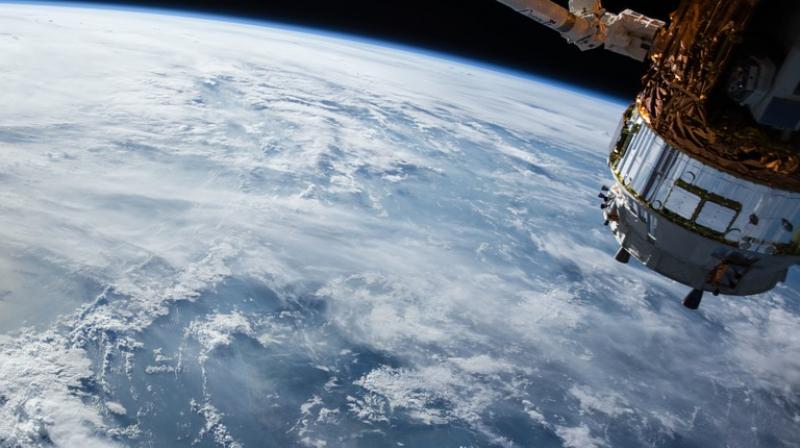 The US National Security Agency’s eavesdropping mission includes radio broadcasting, both from various organisations and individuals, the Internet, telephone calls, and other intercepted forms of communication. (Representational Image)

On July 31, Osama bin Laden’s successor as the global head of Al-Qaeda, Ayman al-Zawahiri, stepped out on to the balcony of his Taliban safe house in Kabul’s tony Wazir Akbar Khan area to catch a breath of fresh air and a bit of sunshine. About 40,000 feet above, an American Predator B (aka Reaper MQ-9) drone loitering to get a glimpse of him caught him in its camera, and after its operators in Nevada, in the western United States, confirmed it with facial identification technology, ordered it to fire its single Hellfire R9X missile. The Hellfire is a small 100 lbs and five-foot-long air to ground missile (AGM) and races down a reflected laser beam with unerring accuracy. It costs about $150,000.

The R9X, which was developed at the express request of Barack Obama, who wanted to minimise collateral damage due to an explosive charge, is a kinetic weapon which unsheathes multiple blades from its fuselage as it approaches the target at almost 900 mph like a whirling swordsman. Al-Zawahari didn’t stand a chance against a Hellfire racing down at over 925 mph.

The United States and some other countries have a whole array of space satellites orbiting at preselected trajectories to watch over their areas of interest. These satellites not only listen to targets, but also track them and identify faces and vehicles by their plates.

Osama bin Laden never looked up while on his morning walk at his Abbottabad residence but he was recognised by his height, the length of his shadow at the time of the day and by his gait. Al-Zawahari was either careless or underestimated America’s appetite for his head. He still had a $25 million reward, appetising enough for any informants.

The number of active mobile phones across the world are over 15 billion, which means that many people have more than a couple. Of these 7.2 billion are smartphones connecting people with huge reservoirs of information and content. India has 1.28 billion and China has 1.9 billion phones. The US follows with 327 million and a dysfunctional country like Pakistan has 125 million. Even in countries with little semblance of a government or a state, like Somalia and Afghanistan or Mali or Libya, there are functioning mobile phone networks.

But since data exchanged on cellular and Internet networks fly through the ether and not as pulses racing through copper wires, they are easier to net by electronic interception. But these nets catch them in huge numbers. This is where the supercomputers come in. The messages that are netted every moment are run through sieves of sophisticated and complex computer programmes that can simultaneously decode, detect and unravel, and by further analysing the incoming and outgoing patterns of calls and data transfers for the sending and receiving terminals or phones, can with a fair probability of accuracy tell the agency seeking information about what is going on and who is up to what?

The problem is that since this information also goes through the mobile phone network and Internet Service Providers (ISP), and the data actually gets decoded from electronic blips into voice and digital data, the private players too can gain access to such information.

A few years ago we had the case of the infamous Amar Singh CDs, which titillated so many with its graphic content and lowbrow conversations featuring the likes of Anil Ambani, Jayaprada, Bipasha Basu and some others. Then we had the episode of the Niira Radia tapes, where we were privy to the machinations of the Tata Group’s corporate lobbyist in the nation’s capital fixing policy, positioning ministers and string-pulling media stars. But more usefully than this, a mobile phone, by nature of its technology, is also a personalised GPS indicator. It tells them where that phone is at any instant it is on. Al-Qaeda terrorist and US citizen Anwar el-Awlaki was blasted by a Hellfire missile fired from a CIA Predator drone flying over Yemen with the co-ordinates provided by Awlaki’s mobile phone.

Since a mobile phone is usually with you, it tells the network (and other interested parties) where you are or were, and even where you are headed. If you are on a certain street, since it reveals where exactly you are and the direction of your movement, it can tell you where the next pizza place is or where and what is on sale there. This is also a breach of privacy, but often useful to you. But if you are up to no good, then a switched-on mobile phone is a certain giveaway.

That’s what gave away Osama bin Laden in the end. A momentary indiscretion by a trusted courier and bodyguard and a name gleaned from a long-ago water-boarding session was all that it took. To know what happened next, see Zero Dark Thirty by Katherine Bigelow (now on Netflix and YouTube).

The US National Security Agency’s eavesdropping mission includes radio broadcasting, both from various organisations and individuals, the Internet, telephone calls, and other intercepted forms of communication.

Its secure communications mission includes military, diplomatic and all other sensitive, confidential or secret government communications. The NSA is all hi-tech. The NSA collects intelligence from four geostationary satellites. These satellites track and monitor millions of conversations and the NSA’s banks of high-speed supercomputers process all these messages for certain phrases and patterns of conversations to decide if the persons at either end were worthy of further interest. Link this information with the data from the CIA’s spinning satellites watching the movement of groups, individuals and vehicles, and you have a broad picture of what the people are doing. According to the Washington Post, “every day, collection systems at the National Security Agency intercept and store 1.7 billion e-mails, phone calls and other types of communications”. The NSA and the CIA together comprise the greatest intelligence gathering effort in the world. The overall US intelligence budget is now declared to be $62.8 billion.