The answer to the dilemma lies at home 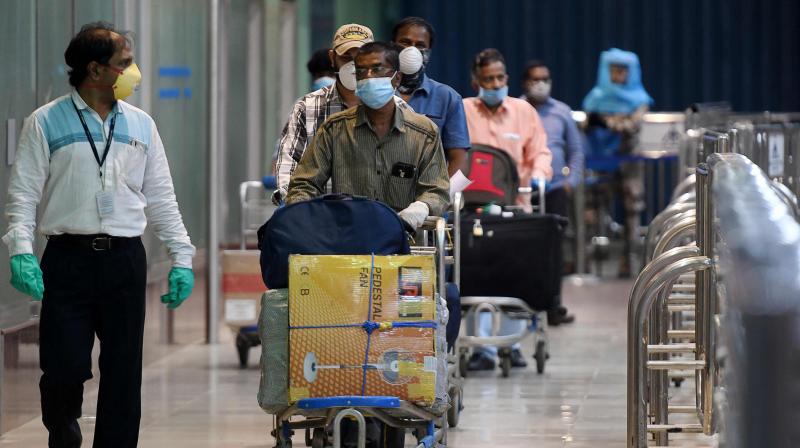 The diaspora would not have swollen to more than 30 million if Indians had found India a more attractive place to live in. (Representational Image. AFP)

The Union home ministry’s disclosure that no fewer than 13 million Indians live abroad would have been exhilarating enough without the heady news of Parag Agrawal’s appointment as Twitter’s CEO, in place of the legendary Jack Dorsey. To very few Indians would it occur that instead of being proud achievements, these are the undeniable hallmarks of a government’s failure to deliver to its people. Amit Shah’s ministry should find it especially galling to have to admit that the number of Indians who gave up their citizenship shot up this year to 1,10,000 from last year’s 85,248, recalling the late Nani Palkhivala’s politically incorrect crack that while an Indian at home is condemned to drudgery, abroad he “buys from a Scotsman, sells to a Jew and still makes a profit”.

The answer to the dilemma lies at home. Singapore’s founding father and first Prime Minister, Lee Kuan Yew, frequently advised Dr Manmohan Singh, whom he held in great respect, not to worry about the “brain drain”. It would peter out if he persisted with reforms and continued to liberalise India’s economy. But Singapore itself, now under Lee’s son, Prime Minister Lee Hsien Loong, is wracked with arguments about Indian settlers and complaints that the Comprehensive Economic Cooperation Agreement that Dr Manmohan Singh and Mr Lee Jr negotiated in 2005 when it was widely hailed as heralding “a larger process of Asian integration” encourages Indian migration. The charge is wholly unfounded and has repeatedly been denied at the highest Singaporean levels, but manpower movement is an emotionally charged topic and opportunist politicians will always exploit the fears of the ignorant and gullible.

They can point to India’s pre-reform command economy when stagnation, red-tapism, corruption and inefficiency were blamed on the bureaucracy. But now that the pendulum has swung to the other extreme, and Prime Minister Narendra Modi has pushed to the near-ultimate the reforms that P.V. Narasimha Rao and Dr Manmohan Singh initiated in the early 1990s, the stampede to get out of a supposedly booming country has by no means abated. Claiming that 35,000 high net worth entrepreneurs abandoned India between 2014 and 2020, West Bengal’s finance minister Amit Mitra demands that Mr Modi should table a white paper on the “fear psychosis” that causes this “massive flight of Indian entrepreneurs during his regime”.

Actually, the steady rise of migration was only occasionally and temporarily arrested by circumstances like the 2008 global financial crisis or the current Covid-19 pandemic. It is estimated that some 4,000 Indians shook the dust of the motherland off their feet every day during the decade ending 2019. The pandemic has, in fact, thrown into stark relief the vulnerabilities of an India whose high unemployment, housing shortage, poor medical facilities and woefully inadequate primary and secondary education are compounded by perceived crony capitalism, religious intolerance, a less than sympathetic attitude to the poor and a steady tightening of the levers of governance so that democratic liberalism appears to be at risk. It’s part of the Indian dilemma that more than 450 million internal migrants who form the foundation of the economy often have trouble accessing government benefits, identity cards, and other services and are subject to discrimination and harassment in other parts of the country. Other Indians pick on them for no other reason than that they look different.

The diaspora would not have swollen to more than 30 million if Indians had found India a more attractive place to live in. The preference is for the United States, where some 2.7 million ethnic Indians comprise the largest group after Mexicans from across the southern border. Indian numbers dramatically increased 13-fold between 1980 and 2019. As a group, Indians in the US are more highly educated, more likely to work in management positions, and earn more than either US-born natives or the overall immigrant population. However, the bulk of Indians who seek their fortunes abroad are hard-driven daily labourers in the Gulf states, Singapore and Malaysia.

Singapore deserves special notice not only because of the current ferment mentioned earlier but because the tiny island republic has long been India’s best friend in Asia. It always welcomes Indians, recognising that even the name “Singapura” is an Indian construct. There, too, the ethnic Indian population comprises a social and economic mix. While the proportion of professionals doubled from 13 per cent to 26 per cent between 2005 and 2020, a large chunk of the 3,11,000 foreigners employed in construction, marine shipyards and processing industries in December 2020 also came from India.

They are the real contributors to India’s handsome $87 billion remittance kitty — the world’s largest — in 2021. Forbidden to let down roots where they work, the unskilled labourers have no option but to send their savings home. They stand out in Singapore because of their numbers and lifestyle and — this is the supreme irony — because their employers sometimes treat them badly.

Out of Singapore’s 5.07 million population, roughly 1.3 million are foreign workers. Some worry that this makes Singapore like the oil-rich Gulf sheikhdoms whose citizens enjoy lives of ease thanks to low-paid overseas workers. Others complain of lost opportunities. But with surveys showing that not many natives are willing to accept modestly-paid lowly jobs, pragmatic Singaporeans recognise the scope for a profitable interaction. “This is a golden opportunity for Singapore to pull ahead,” declared the discerning manpower minister, Tan See Leng, in the midst of the row. “But if we turn protectionist and we make it difficult for companies to hire talent from around the world -- then we will lose this opportunity.”

Here, the pride in Uttar Pradesh’s new Rs 260-crore Kushinagar International Airport reflects the prestige of anything to do with “foreign”. Every Ameri-can mother is said to be inspired by the hope that her son will one day be President and lord it in the White House. Simi-larly, more and more Indian mothers whose hopes for their sons were once limited to acquiring a Green Card now expect them to become CEOs like Mr Agrawal, Alphabet’s Sundar Pichai, Micr-osoft’s Satya Nadella and IBM’s Arvind Krishna. They are the messiahs of the new Ram Rajya, at least until an Indian government is enterprising enough to act on Lee Kuan Yew’s advice and develop India’s economy for the benefit of all Indians.