Raja Karthikeya
Raja Karthikeya is a New York-based diplomat and writer currently working on a book about how our personal decisions in the face of adversity impact all of society. All views are personal. 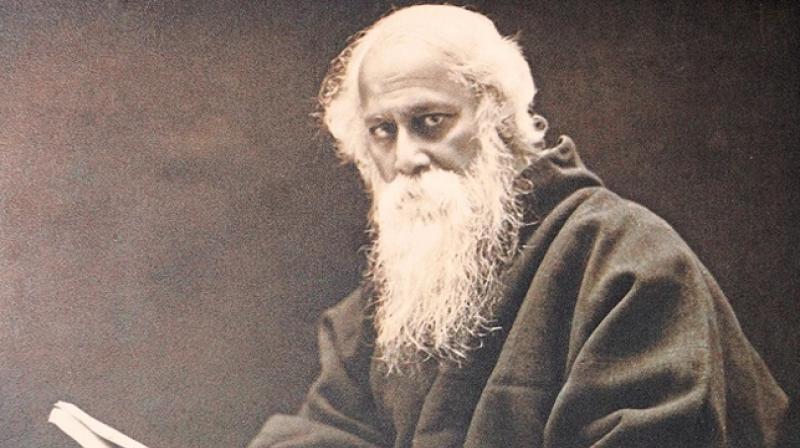 But Tagore was a staunch nationalist at heart, a man who had composed the tune to Vande Mataram which animated the protests against the partition of Bengal in 1905.

Based on a limited reading of history, critics have over the decades mistakenly claimed that Jana Gana Mana was an act of servitude and an ode to the British monarch. This theory exasperated Tagore himself.

Tagore was apparently asked by a British friend to write a eulogy to King George V during his visit to India in 1911. But the request, Tagore says, produced a “great stir in his heart”. He wrote Jana Gana Mana on 11 December 1911. The song was first rendered at the Congress’ session in Calcutta on 28 December 1911 where subsequently, moderates in the party adopted a resolution of thanks to the monarch. On 30 December, the King visited Calcutta. Given the timeline, English-language press in Calcutta of that era erroneously reported that the Jana Gana Mana was a homage to the monarch.

But Tagore was a staunch nationalist at heart, a man who had composed the tune to Vande Mataram which animated the protests against the partition of Bengal in 1905.  By 1911, Tagore was also deeply spiritual in his writing, as testified by the allegories in Gitanjali published the previous year. Thus, Tagore the spiritual nationalist found the idea of praising any mortal- least of all a foreign monarch- as the purveyor of India’s destiny revolting.

Tagore wrote to his editor Pulin Behari Sen in 1937 explaining the circumstances in which he had composed Jana Gana Mana. Tagore explained that the song pronounced “the victory of Bharat Bhagya Vidhata who has, age after age, held steadfast the reins of India’s chariot through rise and fall, through the straight path and the curved. That Lord of Destiny, that Reader of the Collective Mind of India, that Perennial Guide, could never be George V, George VI, or any other George”. Tagore also said later that Jana Gana Mana hails the “(the) Dispenser of India's destiny who guides, through all rise and fall, the wayfarers, He who shows the people the way...". In other words, in referring to “Bharat Bhagya Vidhata”, Tagore mocked that any mortal could claim to rule India.  From its inception,  Jana Gana Mana was a rebellion in verse.

Language is critical to understanding a song’s content. Jana Gana Mana’s lyrics address India’s ethno-lingual groups (Punjab Sindhu Gujarat Maratha…) and not its religious or other social structures. It envisions India as a fabric – with its peoples as the warp and weft. And Tagore chose to write the song in the Sanskritized dialect of Bengali called shudha bhasha, arguably well aware of Sanskrit’s position as a civilizational connector.

The critical word in the anthem is “janagan”. English versions of the song often translate jana gana as “multitudes”. In one English translation of the song, Tagore translated Jana Gana loosely as “all people”. But Tagore was himself critical of his self-translations as seen in a 1915 letter to Sir William Rothenstein about Gitanjali.

The reference of the “multitudes” deriving their authority from a “divine shaper of destiny” resonates with the idea of a republic. Despite being known as the land of Maharajas and Nawabs, the Indic civilization’s republican credentials cannot be overlooked. Republican states in ancient India such as Vaishali were ruled by Ganasabhas, which unlike ancient republics of the West such as Athens or Rome, were not limited to a few families and consisted of all adults in the State. Republican ideals co-existed with monarchies in some parts of India. Under the Cholas, village assemblies called sabhas were governed by committees that were elected by drawing lots or by rotation. Thus, India did not need to look for a foreign word to translate “republic” into Indian languages in 1950. It had to only look to the Sanskrit word “Gana” or assembly of men, a word derived from an ancient practice of egalitarianism. The modern Hindi word for republic in both its connotations as a State viz.  “Ganarajya”, and as a political system viz. “Ganatantra”, bears the prefix “Gana”.

Tagore’s emphasis in Jana Gana Mana – of the multitudes deriving power “dei gratia” from the Almighty is remarkable. At the time of Jana Gana Mana’s writing in 1911, hardly anyone foresaw an India outside the British umbrella. Gandhi was not yet back in India, “purna swarajya” was not even in the political lexicon, and even the Home Rule League was yet to be launched. In short, there was no popular consensus that India should be independent of the British crown. Around the world, other than Haiti and the United States, there was almost no example of a post-colonial republic anywhere. Even in Europe, the unification of Germany and Italy in the 19th century had only strengthened the idea of a strong nation-state under a monarch. Britain herself was a constitutional monarchy, where much was done in the colonies in the name of the Crown irrespective of the actual views of the monarch. And Australia and Canada were dominions. India then consisted of 564 princely states and its immediate past was made of monarchies such as Mughals and Marathas. It was thus a remarkable feat by Tagore to speak of agency for the “multitudes”. Was it serendipity or prescience?

Another key word in the anthem is “Adhinayak”. That Tagore chose “Adhinayak” and not a word like “Adhiraj” (meaning overlord) is significant. Adhinayak can be translated as “chief protagonist” in Sanskrit. Thus, the song hails even the Almighty at best as the divine chief protagonist in our lives than as one who reigns over us. This acquires new meaning in the context of today’s era of rising authoritarianism and hero-worship. Thus, Jana Gana Mana amounts to not just a rejection of monarchy, but to saying that leaders are not overlords. The spirit of the national anthem thus rejects placing any individual above the citizens. It amounts to declaring that those we elect to govern us are one among us, not above us. 111 years ago, this is the vision embedded in Tagore’s Jana Gana Mana: the Republic of India.