The move fulfils the demand of bankers, who sought a one-time recast of loans accounts instead of a further extension of a loan moratorium 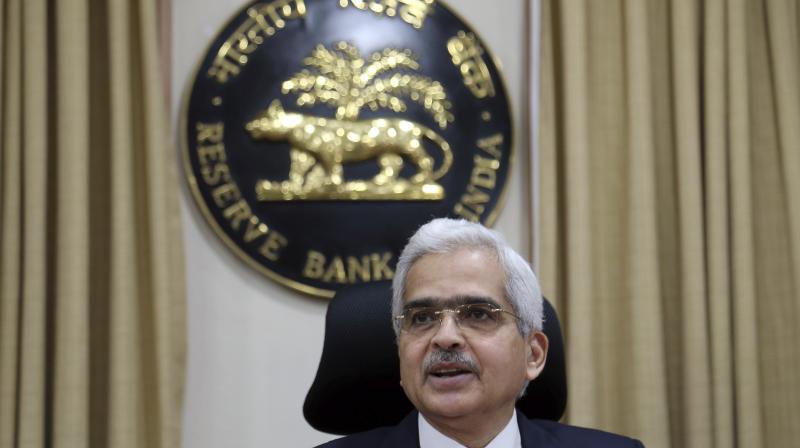 A longer pause of loan repayments could make it difficult for NBFCs to service debt, which could have a cascading effect on the fundamentals of the Indian economy. AP Photo

The Reserve Bank of India’s decision to allow banks to restructure retail and corporate loans to mitigate unexpected financial damage caused by coronavirus to individuals and companies will give a great relief to stressed borrowers.

The move fulfils the demand of bankers, who sought a one-time recast of loans accounts instead of a further extension of a loan moratorium.

While the six-month-long moratorium offered relief to thousands of people, it impacted the fund flow of banks and, more importantly, Non-Banking Financial Institutions (NBFCs).

A longer pause of loan repayments could make it difficult for NBFCs to service debt, which could have a cascading effect on the fundamentals of the Indian economy.

A loan restructuring, on the other hand, could allow the banks to extend the tenure of the loan, thereby making Equated Monthly Instalments (EMIs) smaller and, therefore, easy on the borrower’s pocket.

While industrial activity has picked up pace, it is nowhere near the old normal. The RBI’s Monetary Policy itself admits that the economic growth could be in the negative territory for some time.

With several sectors, such hospitality, food and beverages, construction, infrastructure, travel and tourism reporting subdued performance, lakhs of people, if not crores, have either lost their jobs or are facing reduced incomes on account of salary cuts or lower business income.

A survey conducted by Finway showed that 45 per cent of people who borrowed from NBFCs and 30 per cent of those who availed loan from banks had applied for the loan moratorium till August 30.
Most of them were found to have applied for the moratorium as they were unsure of the future and wanted to hold on to cash in the uncertain times.
Additional liquidity window provided by the RBI to the National Housing Bank, the home loan refinancer, hints at stress in financial institutions.

An offer to restructure corporate loans mirrors the strain on their fund flow. The higher loan-to-value ratio for gold loans too indicates that the RBI is cognizant of the financial stress faced by a significant number of people. Apart from these concerns, RBI fears that inflation too could be on the rise.

In such a scenario, it would be a grave mistake on the part of bankers to expect a regular repayment of EMIs. When faced with a choice between basic essentials required for his and his family’s survival and his commitment to pay EMIs regularly, an average person would use the money for his survival.

It would be prudent on the part of bankers to restructure loan repayment to ensure that borrowers are not forced to default — which is obviously not good either for the borrower or the lender.

Otherwise, it would leave people with no option but to default on EMIs or get debt-trapped by borrowing at higher rates. The RBI hopefully has its ear to the ground.