Johnson & Johnson, the US-based company applied for EUA on Friday and was granted it the same day by the Drugs Controller General of India 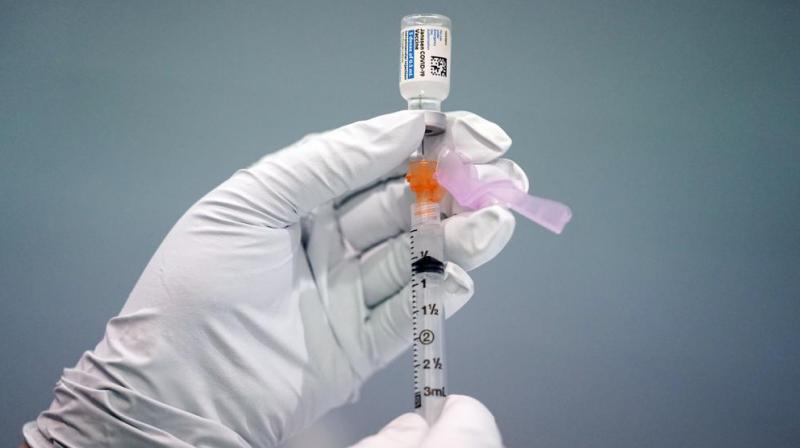 The government may prioritise the use of the single dose vaccine keeping its advantages in mind for targeted vaccination. Representational Image. (AP)

The decision to grant emergency use authorisation (EUA) to Johnson & Johnson’s single-dose Covid-19 vaccine is a welcome move as it would augment the country’s vaccine availability at a time when every dose counts. The company has claimed the single-shot vaccine is 85 per cent effective in preventing severe disease 28 days after vaccination. It will be administered to people aged 18 years and above.

As per the government’s own claim, the US-based company applied for EUA on Friday and was granted it the same day by the Drugs Controller General of India. The fast-track approval marks a break from the past when the foreign manufacturers had far too many hurdles to clear before they were to get the clearance. The government has now relaxed several of the earlier conditions, which included production of data on the bridge trial conducted in India. At present, a vaccine with approval from regulatory bodies of other countries or on the list of the World Health Organisation would be given the EUA with the condition that clinical trials could be continued later. At present, India has five vaccines — Serum Institute’s Covishield, Bharat Biotech’s indigenously developed Covaxin, Russia’s Sputnik V, Moderna and Johnson & Johnson.

Indian manufacturers have, of late, increased production of the vaccines but the fact remains that India is far from being on track to meet the December 31 deadline it had set for itself to vaccinate all eligible Indians. There are many segments of society, including teachers, traders and daily wage earners, whose vaccination is critical for the opening of the economy. The government may prioritise the use of the single dose vaccine keeping its advantages in mind for targeted vaccination. It may also adopt international practices in approving vaccines so that procedural delays do not stop their launch in the country.