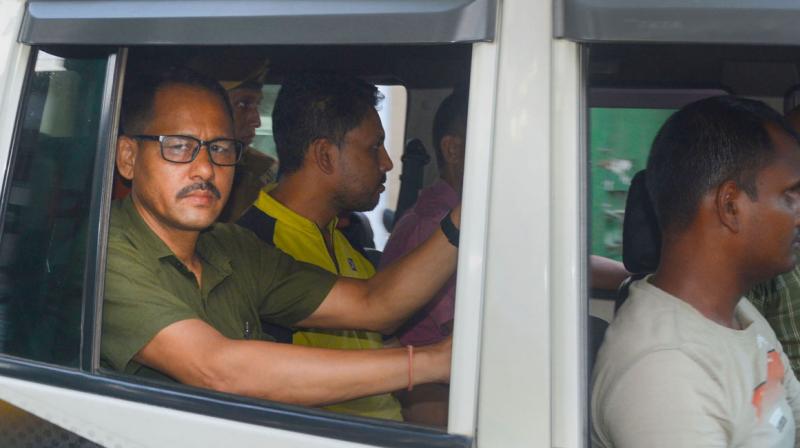 Assam Police takes two PFI members to the court after their arrest, in Guwahati, on Friday. (Photo: PTI)

The nationwide crackdown on Popular Front of India — a radical organisation known for its pro-Islamist slogans — by Central agencies needs to be followed up with a systematic and fair investigation that quickly reaches its logical end.

The National Investigation Agency and the Enforcement Directorate have raided over 93 locations in 15 states and arrested 109 people, including the chairman of the PFI. Agencies claimed that they have seized digital devices, documents, weapons and cash in the raids which are part of its “largest ever investigation till date”.

Reports suggest that the investigation is based on first information reports filed against the PFI for two serious offences — organising terror camps and encouraging youth to join terrorism. The PFI has been under scanner ever since NIA had investigated over a dozen cases in which 46 people were convicted.

The PFI is an amalgamated body of fringe groups in various states that came together at various points in time. In Kerala, from where the largest number of people was taken into custody, the PFI is the successor of the National Development Front, an organisation accused of extremist, communal and criminal activities. It has a similar past in other states.

The PFI and its political arm, the Social Democratic Party of India (SDPI), have a past that gives credence to the charges investigating agencies have levelled. These organisations were held responsible for the chopping of Prof. T.J. Joseph’s hand. Joseph had been accused of making a derogatory reference to Prophet Mohammed in a question paper he had prepared for a class test in 2010. Though he was later acquitted of all charges by the court, the PFI activists, egged on by radical elements in and around the organisation, settled their score as per their belief. The same organisation is now being accused of radicalising youth who have set out to camps run by the Islamic State and the Taliban, respectively, in Syria and Afghanistan.

The response of the PFI to the raids shows that the organisation has very little faith in the democratic system and its institutions. The Kerala high court was on Friday forced to take a suo motu case against its office-bearers after the strike the PFI called in the state turned violent and widespread destruction of property was reported from all over the state. The PFI-SDPI duo in the state has demonstrated its strike power when they took on the workers of the RSS in the last one year — an RSS leader each was killed within hours of the murders of the SDPI leaders in Palakkad and Alappuzha districts.

The PFI draws its strength from the minority community by placing it as victim of the Hindutva forces. It is an irony that the assault on the Constitution by the government in power, including attempts to weaken the secular fabric of the nation, has given false legitimacy to an organisation which never professed secularism as its credo. Competitive communalism feeds elements on both sides of the divide and, in the process, weakens democratic structures. It is imperative that the investigating agencies do a professional job giving neither a chance to play victim.