The Centre is likely to be concerned that the next round of talks, due later this month, is not derailed on account of the recent incident 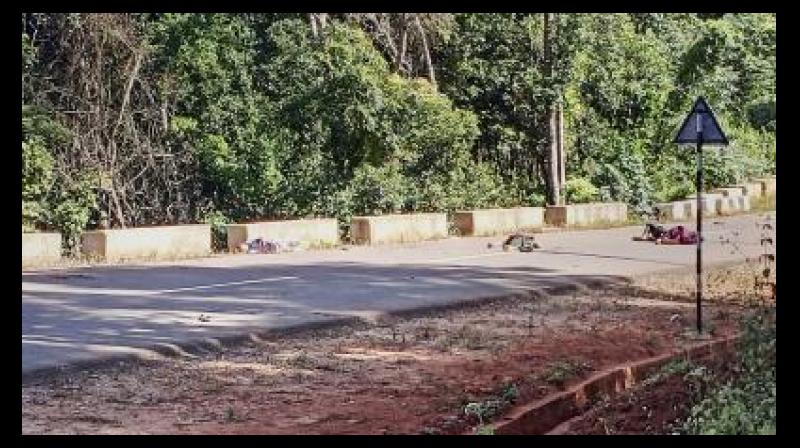 Four people, including a forest guard, were killed in violence at the Assam-Meghalaya border after the police intercepted a truck transporting illegal timber. (Photo: PTI)

The only positive that seems to emerge from the unfortunate incident of firing by Assam police in a disputed area along Assam’s border with Meghalaya last Tuesday is that the chief ministers of these states have so far refrained from feeding parochial or ethnic furies. Assam chief minister Himanta Biswa Sarma and his Meghalaya counterpart Conrad Sangma have, in fact, spoken telephonically and then addressed the media in balanced tones. The Assam leader has sought to set up an inquiry while the Meghalaya CM has asked for a probe by the CBI or the NIA — in effect, asking for the good offices of the Centre.

This appears to mark the difference in the approach of the two states. On the other hand,  Mr Sangma’s way has been to blame timber smugglers and criminal elements who encroached into his state, attracting the attention of the state police in the disputed area between the West Karbi Anglong district in Assam and the West Jaintia Hills district of Meghalaya, leading to deaths of Meghalaya villagers and an Assam forest guard.

In the Meghalaya villages of the area the deaths seems to have caused some emotional outrage. Perhaps it is for this reason that the CM of the small state had to escalate the discussion on what to do next to the cabinet, unlike Assam. The Assam-Meghalaya border differences go back to the creation of Meghalaya as a full-fledged state in 1972, with the latter pressing its opposition to the provisions of the law that led to the carving out of Meghalaya. For that reason, political conflict is in-built into the situation and this leads to flare-ups from time to time.

At the practical level, the two states had 12 points of dispute, six of which have evidently been worked out. Where the firing occurred earlier this week is among the remaining six in respect of which talks are ongoing. The Centre is likely to be concerned that the next round of talks, due later this month, is not derailed on account of the recent incident.

However, it is not unlikely that if the discussion is held on schedule, in the current atmosphere the focus may be confined to the ritualistic rather than on addressing the substantive. This begs the question whether Assam and Meghalaya can eventually sort out their differences amicably through mutual accommodation, especially since Meghalaya has questioned the Assam Reorganisation Act itself that brought the state into being.

It would seem that the Union home ministry may be called upon to engage in gentle diplomacy in respect of the two states. Mr Sangma heads the National People’s Party, a BJP ally, while Mr Sarma is a leading BJP figure who has helped the saffron party expand its footprint in the country’s northeast. Union home minister Amit Shah could propose a time-bound judicial inquiry by a retired Supreme Court judge to ascertain the facts of the recent incident while being aware that the aim was a larger one — to bring about wider reconciliation of interests.