Why an ABM system for Delhi alone? 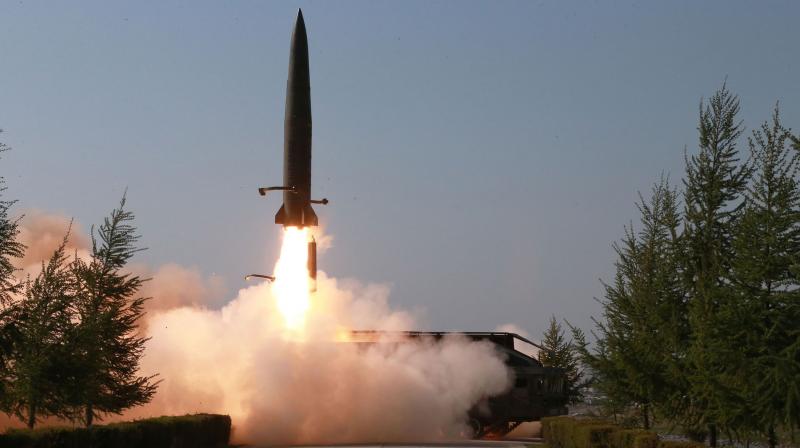 The 1974 Protocol reduced the number of ABM sites to one per party, largely because neither country had developed a second site. (Photo:AP)

The newspapers are reporting that the Government of India is in the process of acquiring the National Advanced Surface to Air Missile System-II (NASAMS-II) from the United States. The NASAMS-II, integrated with the Israeli, Russian and indigenous systems, will be used to create the futuristic multi-layered missile shield over New Delhi. It is intended to insulate India’s capital against any manner of aerial threats, ranging from drones to ballistic missiles. The US is also mounting pressure on India to consider its Terminal High Altitude Area Defence (THAAD) and Patriot Advanced Capability (PAC-3) missile defence systems. So that Delhi can sleep soundly. It reminds me of a Ramdhari Singh “Dinkar” line from his immortal poem “Bharat ka yeh Reshmi Nagar” — “Dilli soyi hai naram rajayi mein!”

I have a question? Why should Delhi alone sleep in a silken quilt? Why is it that Delhi alone should be getting an ABM (anti-ballistic missile) system? Is it that Delhi is India’s most valuable economic asset? Or is it because it is home to national treasures like Narendra Modi, Amit Shah, the Nehru-Gandhi family and others? Just the other day, a wit was telling me that India actually might be better off without Delhi, for it is now a national burden and parasite. It has the highest per capita development expenditure, with government salaries contributing most to the services component of its GDP. Every service in Delhi, from water to electricity to public transport to milk and sugar, is hugely subsidised. It is India’s biggest repository of tax-evaded incomes and fount of corruption. The nation is now required to subsidise its peaceful slumber every night too.

The issue of vulnerability to a decapitating attack on the national leadership has been the subject of much discussion. During the heyday of the Cold War, as the United States and the then Soviet Union kept adding thousands of missiles in a mad race for more numbers, both countries began building ABM systems. It was then that the Cold War theologians felt that ABM systems would actually become counter-productive as it would lead to a bigger missile buildup to overwhelm them. MIRVs (multiple independently targetable re-entry vehicles) further complicated the calculus.

The United States first proposed an anti-ballistic missile treaty (ABM Treaty) at the 1967 Glassboro Summit during discussions between then US secretary of defence Robert McNamara and then Soviet Prime Minister Alexei Kosygin. McNamara argued both that ballistic missile defence could provoke an arms race, and that it might provoke a first strike against the nation fielding the defence. Kosygin rejected this reasoning, and that the focus must be to minimise the number of nuclear missiles in the world. US satellites by now had photos of a new radar system outside Moscow that could have only been part of an ABM system. Following this, the US began considering the proposal of the Sentinel and Safeguard batteries for American ABM systems. But finally realising the foolhardiness of these developments, the two superpowers began the Strategic Arms Limitation Talks that began in November 1969 (SALT-I). By 1972, an agreement had been reached to limit the strategic defensive systems. Each country was allowed two sites at which it could base a defensive system, one for the capital and one for ICBM silos.

The treaty was signed during the 1972 Moscow summit on May 26 by the then President of the United States, Richard M. Nixon, and the Soviet Communist Party General Secretary, Leonid Brezhnev; and this was ratified by the US Senate on August 3, 1972.

The 1974 Protocol reduced the number of ABM sites to one per party, largely because neither country had developed a second site. The sites were Moscow for the Soviet Union, and the North Dakota Safeguard Complex for the US, which were already under construction.

It was believed (and still is) that a better safeguard was to have a National Command Authority chain that cannot be broken. It just meant that if Washington D.C. and Moscow, each densely packed with supernumeries, were knocked out in surprise attacks, the war could still be prosecuted by a secret but pre-established chain of command. It is believed that both India and Pakistan have such chains of command. This is the optimal protection against a sudden attack. On the other hand, having an invulnerable central national authority would be a disincentive for our leaders to behave like gods, making the minions devour each other in futile war. Nuclear war is unwinnable. It’s the prevention of nuclear war that should be our priority. Ironically, the perceived invulnerability of the leaders only increases the risk of irresponsible behaviour.

Hence it would be far more productive if India and Pakistan initiate more nuclear CBMs and signalling systems conveying the seriousness of a crisis, like chameleons change colours to warn each other.

Since nuclear weapons cannot be used, their only utility lies in the mere threat of their use. In nuclear theology, this has come to be known as “the utility in non-use”. From time to time, declared and undeclared nuclear powers have tried to use nuclear weapons in this manner. Pakistan uses the bluff of nuclear escalation to perpetuate its low-intensity violence campaign. The antidote to this is cross-border retaliatory raids, and not by the national leadership hiding itself under a shell like a tortoise.

I suspect the new foreign affairs stewardship is inclined to believe that it can placate Donald Trump’s business instincts by offering to buy a costly American NASAMS-II system to counter-weigh the purchase of the S-400 system from Russia. The S-400 is seen as quite superior to anything the US has on offer now. Even if the US catches up, the Russians are well on their way to the upgradation of the S-400 with S-600 and S-800 batteries. These will still cost less than the NASAMs, which is just a multi-layered missile system of low level, medium level and long-range missile batteries. We already have a bewildering multiplicity of incompatible aircraft, radar and missile systems that find it difficult to link up with each other. We will end up only confounding the defence services even more.

We should just tell the United States that India is no Turkey, and should it mess around with the deployment of the S-400 as it has done with its Nato ally, it would just mean the F-21 (new nomenclature of the F-16) and F-35. That there is a tit for every tat.