A bizarre case of rats nibbling liquor bottle lids and sipping alcohol has sent a wave of shock in the entire police department. 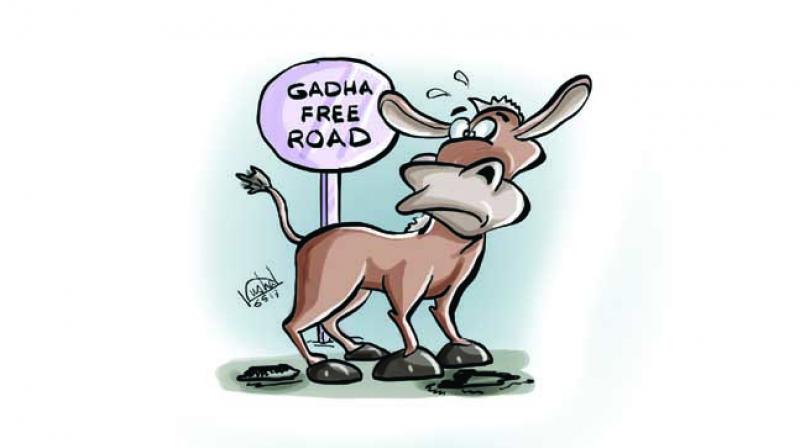 Bureaucrats in UP also took considerable time to realise how the statement got converted from potholes to donkeys.

Donkeys streets!
Google translation can wreak havoc at times and the latest example of this is a report by a leading news website. The Yogi Adityanath government issued a press statement in Hindi promising “gaddha” (pothole)-free roads by June 15 this year.

The website apparently put the press release on to Google translation which read “gaddha” (pothole) as “gadha” (donkey) and the result was — Uttar Pradesh chief minister promises donkey-free streets by June 15.

By the time the website realised its faux pas, the headline had gone viral on the social media with GIFs and memes crowding WhatsApp accounts. Bureaucrats in UP also took considerable time to realise how the statement got converted from potholes to donkeys. Wonder who is having the last laugh on this — the donkeys are surely not.

The curious case of rats
A bizarre case of rats nibbling liquor bottle lids and sipping alcohol has sent a wave of shock in the entire police department. The incident was reported by police officials to Patna senior superintendent of police Manu Maharaj during an internal meeting. Sources said, the senior police official was not convinced by the information and believes that it could be the work of insiders.

Officials said an internal probe into the matter will be carried out to find facts and the SSP also gave instructions for the installation of breath analysers at all police stations in the state capital.

Sources said if probe report into the case is found adverse, it may prove a major setback for Bihar chief minister Nitish Kumar, who has not left any opportunity in showcasing the prohibition law imposed by him after he returned to power.

Yogi keeps media at bay
Since the day he was sworn in as chief minister of Uttar Pradesh, Yogi Adityanath has made it clear that he would not like to be “friendly” with the media. Even though his popularity in the electronic and print media is soaring by the day, the CM refuses to entertain journalists. A few top editors from Delhi who came to meet the CM at his residence were given five minutes each and after basic courtesies, the CM made it clear that he had more important things to attend to.

Yogi has also indicated his ministers that they should concentrate on their work instead of cozying up to mediapersons. As a result, even ministers are reluctant to meet mediapersons and the government’s interaction with journalists is limited to Cabinet briefings by Shrikant Sharma and Siddhartha Nath Singh. 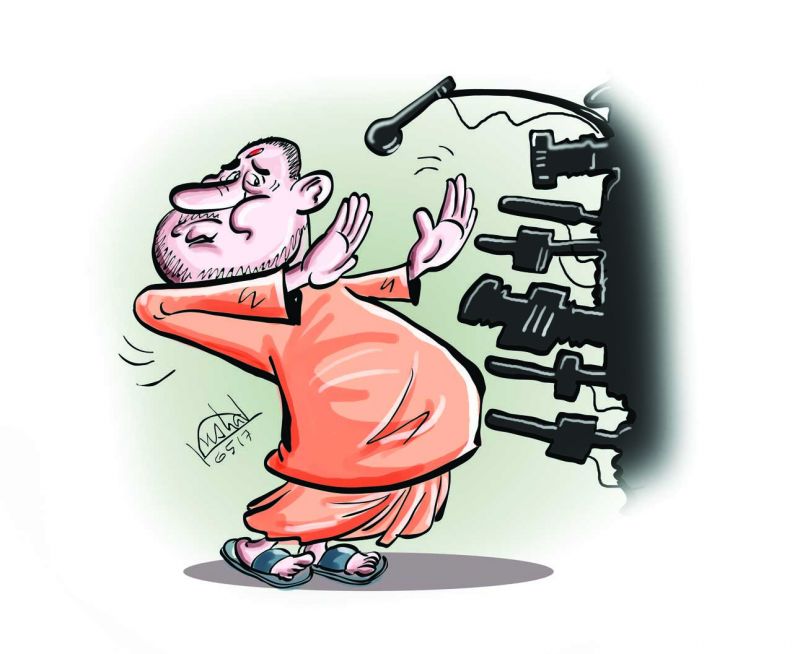 Interestingly, Yogi is also said to be averse to women journalists. “He is a Yogi and does not interact with women in general,” said one of his aides in Gorakhpur.

Shivraj’s ‘second marriage’
Madhya Pradesh chief minister Shivraj Singh Chouhan made the occasion of his 25th wedding anniversary, described in Hindu culture as a second marriage in a couple’s conjugal life, a simple and low key affair on May 5.

Mr Chouhan and his wife Sadhna quietly visited famous Mahakaleshwar Jyotirlinga temple in Ujjain, Madhya Pradesh, on the occasion and performed pujas at garva griha (sanctum sanctorum) of the temple. 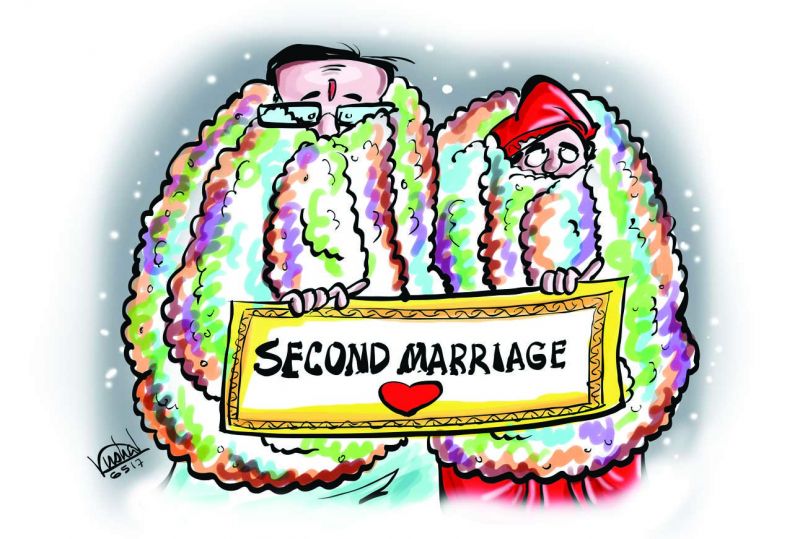 The Chouhan couple later exchanged garlands offered to the “Shivalinga” amidst chanting of shlokas by Pradip Guru, the chief priest of the shrine.

The couple was greeted with clapping by his ministerial colleague Paras Jain and party MLAs Anil Firozia, Bahadur Singh Chouhan and Satish Malviya, who were waiting for them in the premises of the temple along with local police officers, as they emerged out of the sanctum sanctorum.

Mr Jain then offered them a couple of garlands asking, “How about another session of exchange of garlands?”

“Fine, but what is the need for fresh exchange of garlands when Lord Mahakal himself has presented his garlands to us,” Mr Chouhan quipped while gesticulating at the garlands the couple were presented by the temple priest.

“You should exchange fresh garlands. It will then make us, the mortals, and the Mahakal, the immortal, witnesses to your second marriage with your wife,” one of the BJP leaders present on the occasion persuaded the chief minister. The couple finally submitted to his logic and exchanged garlands for a second time.