Knowing Ms Mayawati’s nature, we are not sure if she would be equally happy to meet her lookalike. 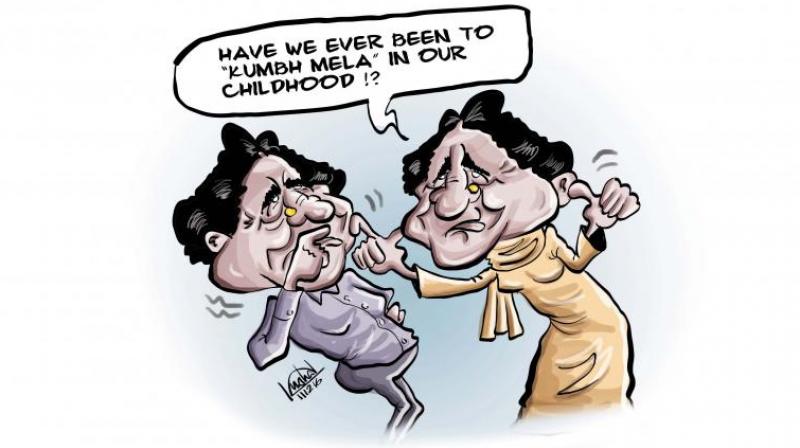 When Mayawati stepped out to address a function on B.R. Ambedkar’s anniversary in Lucknow, she never imagined that there would be another star attraction apart from her.

When Mayawati stepped out to address a function on B.R. Ambedkar’s anniversary in Lucknow, she never imagined that there would be another star attraction apart from her. Sadhana, a government employee in Uttar Pradesh posted at Ambedkar Memorial, is Mayawati lookalike who had been posted at the function venue.

Dressed in her uniform, Ms Sadhana stood at the gate and BSP workers were “shocked” to see their “Behenji” standing at the gate instead of the dais. “This happens with me all the time and now I have become used to the short-lived spell of respect. Once BSP leader Naseemuddin Siddiqui was taken aback to see me,” she says.

Her husband Radhey Shyam is an accountant with UP Rajkiya Nirman Nigam and he happily informs that “a number of visitors to the memorial get themselves clicked with Sadhana and she never disappoints anyone”. Ms Sadhana has been a part of the memorial staff since 2011 and says that she has never met Ms Mayawati though she would like to do so some day.

Knowing Ms Mayawati’s nature, we are not sure if she would be equally happy to meet her lookalike since a few years ago, she had forced one of her legislators — also called Mayawati — to change her name to Maya Prasad. 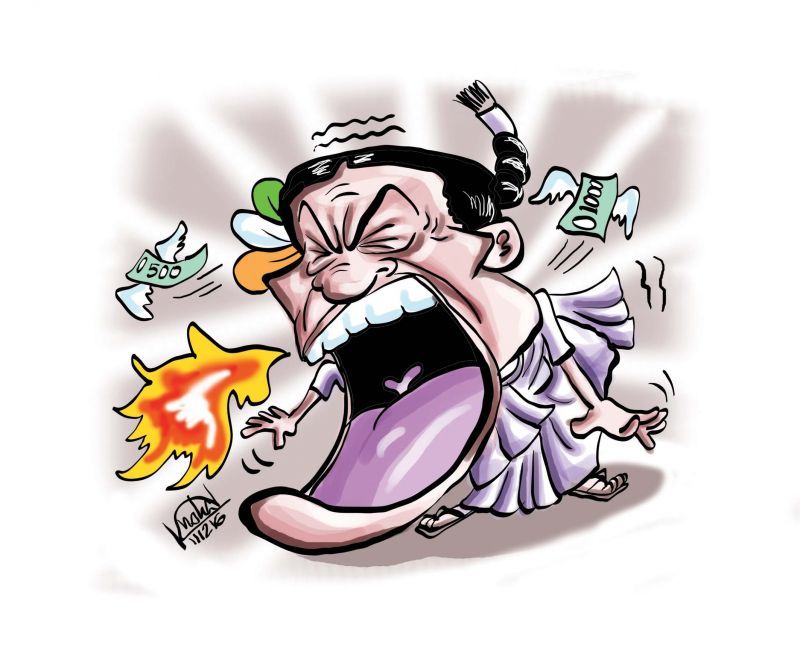 The tigress roars again
Even a supposedly routine Army exercise at two toll plazas at Palsit and Dankuni on NH 2 in West Bengal incensed West bengal chief minister Mamata Banerjee so much that she went on a warpath against the Narendra Modi government.

For the past few months she had been criticising the Centre on one issue or the other. Sometime she accused it of stopping allocation of MGNREGA funds to West Bengal on another occasion she flayed it for giving orders directly to bureaucrats like DMs, SDOs and BDOs. However, it was Mr Modi’s demonetisation decision, which seems to have provided her with the most powerful weapon against him.

Ms Banerjee dubbed Mr Modi “Tughlaq” and even “Hitler” for taking such an arbitrary decision which has plunged the entire country in a financial chaos. Her MPs were in the forefront in Parliament raising their protest against demonetisation. That she was not willing to give even an inch to Mr Modi and the BJP became evident when she tried hard to unite the entire Opposition on this issue walking an extra mile by even calling up bête noire CPI(M) general secretary Sitaram Yechury.

Patnaik, the Duryodhan?
Odisha Pradesh Congress Committee (PCC) president Prasad Harichandan is a good spinner of words. Normally considered a mild and gentleman politician, the young PCC chief is very articulate in his approach. Never does he sound harsh and rough while taking on the opponents on different issues. His adroit use of soft and subtle words sets him apart from his contemporary politicians — both in the Congress and rival parties.

When his colleagues as well as BJP leaders recently condemned Odisha chief minister and BJD president Naveen Patnaik in strongest words for removal of black stoles, scarves and shawls worn by women at the venue of chief minister Naveen Patnaik’s meeting in Sundargarh district recently by security personnel so as to avert possible showing of flags, Mr Harichandan, as usual, maintained his calm and did not give any immediate reactions.

He, however, broke his silence when he was hounded by scribes to interpret the situation.

“What should I say of him (Naveen Patnaik) and the action by his security personnel? He is just like a Duryodhan in a Kurusabha. That is why crime against women is increasing in the state during his reign,” said Mr Harichandan, leaving journalists to understand between the lines and write their own copies. 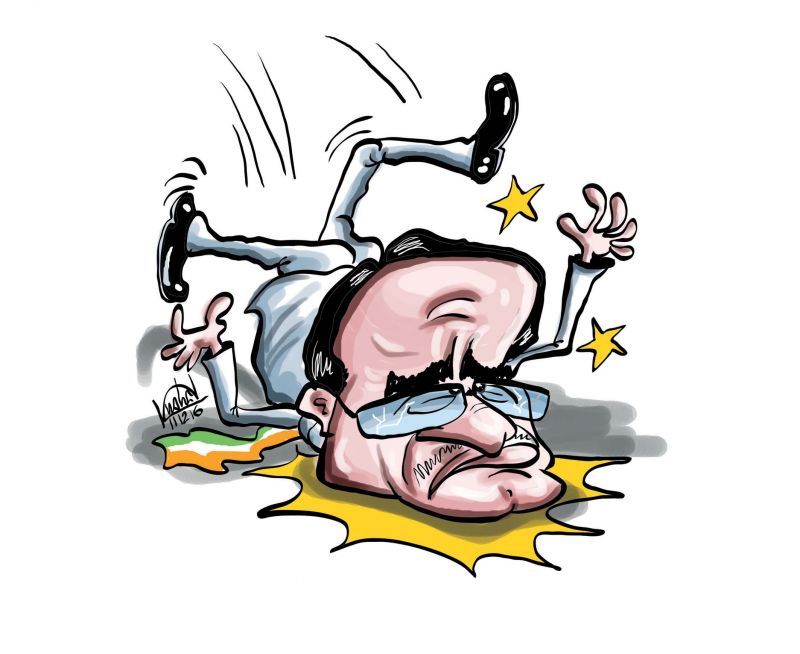 Chouhan: Not so fit
Madhya Pradesh chief minister Shivraj Singh Chouhan apparently takes pride in him being a fitness freak. He is always seen walking with long, rapid strides to the venue of his public meetings to flaunt his physical fitness.

“I have hardly put on weight ever since I became chief minister of the state in 2003. I still have sunken cheeks unlike those who develop puffy cheeks after coming to power” was his constant refrain in his public addresses.

His fitness regime from which he was believed to have never deviated includes walking, jogging and yoga session. He has also admirers of his “fit like a fiddle” physique among public figures that included Union urban development minister M. Venkaiah Naidu. A recent incident involving Mr Chouhan has however threatened to tatter his “assiduously built” image as a fitness enthusiast.

Last month, Mr Chouhan almost fell on the ground after being “pushed” by National Security Guard commandos of Union home minister Rajnath Singh. One of the commandos accidentally had pushed Mr Chouhan when the NSG people rushed suddenly to give cover to Mr Singh at Datia in MP recently.

Mr Singh and Mr Chouhan along with BJP national president Amit Shah were at Datia to pay obeisance to Pithambara, the presiding deity of the local shrine.

According to eyewitness account, Mr Chouhan was almost thrown off the ground by a mere brush from a NSG commando. Mr Chouhan appeared to have moved on since then never heard of speaking about his physical fitness thereafter.

“The push has shaken off his belief (as fitness freak),” a few ruling BJP leaders quipped.