It is perfect time for rest, says Virat Kohli 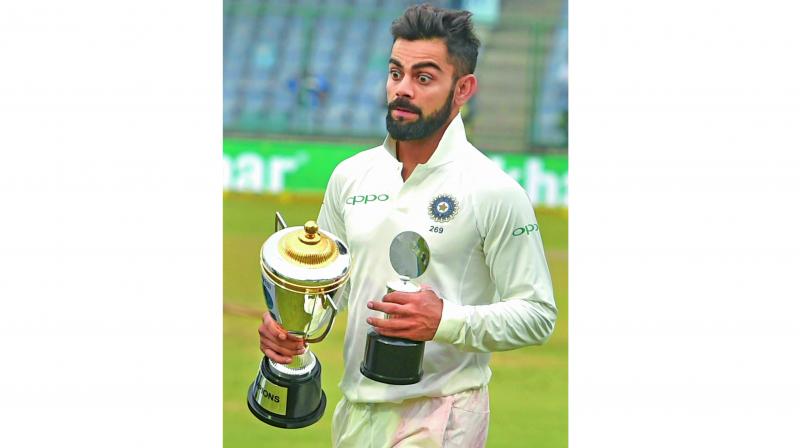 New Delhi: With Sri Lanka comfortably holding out for an honourable draw in the third and final Test at the Kotla here on Wednesday, Virat Kohli said it had been disappointing not to have finished off the match but he also gave credit to the visitors.

“When you’re not able to finish off in second innings after having them three down on day four, is bit disappointing. But they played well. They showed composure and confidence. The pitch got tired in the end. They did not give us any chances to get into the game,” he said.

Kohli, who has been rested for the limited-overs phase, said: “Last time I took rest, it was difficult to handle. But my body is asking for it right now. The workload has been massive and I need rest. My body has taken a toll in the last couple of years. Right now is the perfect time to rest before the tour of South Africa.”

Middle-order mainstay Cheteshwar Pujara said India didn’t field well. “At the same time, there have been injuries. Openers have missed out, someone like Murali Vijay who used to field at first slip, he had an injury and he didn’t play for about six months. So, we had to replace Vijay. At the same time yes, we haven’t taken enough catches. So, we are trying to figure out options and we will definitely get better. Overall the team have improved as a fielding unit, but slip fielding is something we are looking to improve,” he added.

Looking ahead, Pujara said: “We will be very well prepared to take on South Africa. We have already started talking about the things we need to work on before leaving.

“The other thing is we have enough experience of playing in South Africa. I have been there in 2010 and 2013.”