ICC CWC'19: Steve Smith thanks Virat Kohli for his support 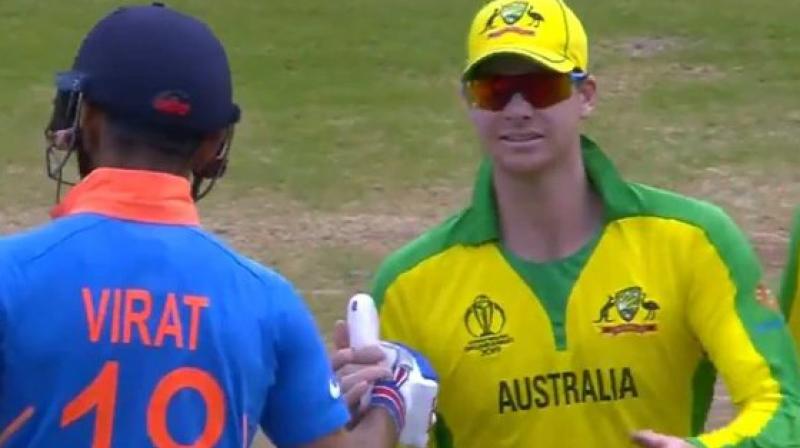 Australia sit on the top of the points table and will now face Bangladesh on June 20. (Photo: AFP)

London: Australian batsman Steve Smith has termed as 'lovely gesture' the support he received from Virat Kohli during their recent World Cup clash while revealing that the crowd's booing did not bother the former Australia captain.

Smith just made a return to his national team after serving a year-long ban, which was handed out to him for his involvement in the ball-tampering scandal last year. Therefore, during the match between India and Australia in the premier tournament on June 9, Steve Smith faced 'cheater, cheater' chants from the Indians fans. However, Kohli signalled the crowd to applaud Smith and not jeer at him.

India won by 36 runs and after the match, Kohli admitted that he apologized to Smith on behalf of the fans.

Australia's win against West Indies was the most doubtful win as the former was on just 38 runs after the loss of four wickets. However, Smith's 73 runs off 103 balls and Nathan Coulter-Nile's 92-run inning from 60 balls helped set a target of 289 runs, which they later defended and won the match by 15-runs.

Australia sit on the top of the points table and will now face Bangladesh on June 20.