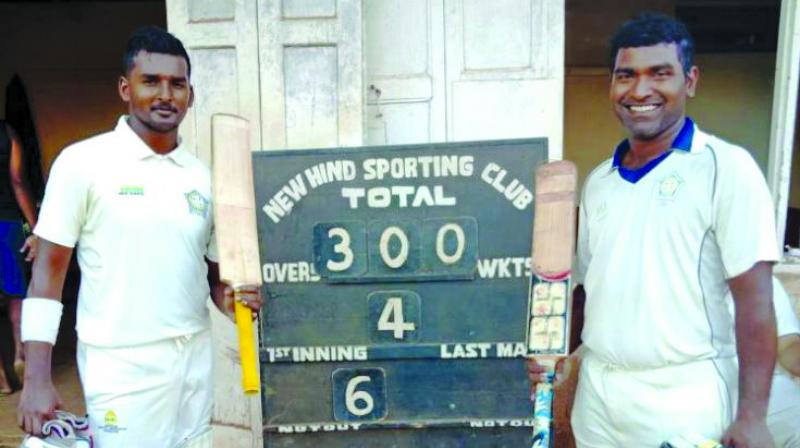 They have been associated in a 219-run unbeaten partnership for the fifth wicket.

Opening batsman Tanmay Mayekar and middle order bat Yash Chavan, were both in cracking form as they scored unbeaten centuries to power Greater Mumbai Police Sports Club ‘B’ to a solid first innings score of 310 for 4 wickets in 61 overs against Rashtriya Chemicals and Fertilisers (RCF) on the first day of their Times Shield ‘C’ Division second round league match being played at the New Hind Sporting Club ground in Matunga on Tuesday.

The Mumbai Police team, electing to bat first after winning the toss, completely dominated the RCF bowling. Chavan was batting on 131 (126 min, 107 balls, 15x4, 1x6) and Tanmay Mayekar was unconquered on 114 (239 min, 161 balls, 9x4,3x6), when stumps were drawn for the day. They have been associated in a 219-run unbeaten partnership for the fifth wicket.

Sudhakar Siddul made a decent contribution of 38 runs. Suraj Patil was the only successful bowler for RCF as he picked 3 wickets for 58 runs.