Abhishek Ambekar excited to be playing in Kolkata

It was a great experience playing for Minerva and we ended up winning the title after a hard fought season, says Prakash. 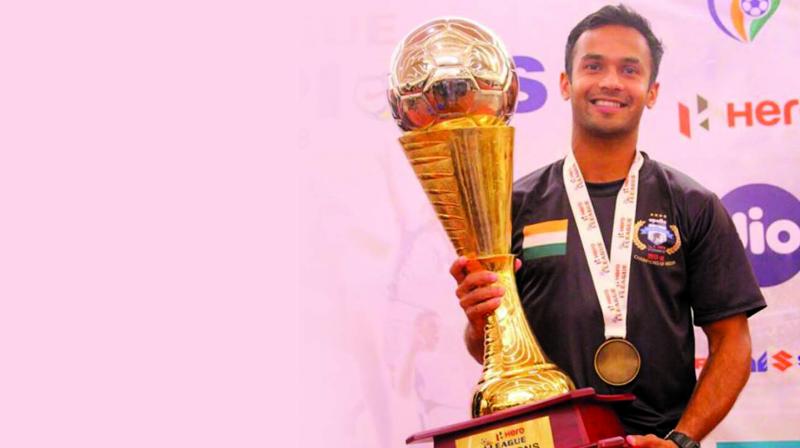 The city footballer has joined Mohun Bagan after representing I-League champions Minerva Punjab last season. He now looks ahead to another fruitful season.

City footballer Abhishek Ambekar has been in Kolkata for barely a week but he has already soaked up the city’s football-rich atmosphere. The 26-year-old Santacruz resident, who joined I-League club Mohun Bagan recently, is loving the atmosphere in the football capital of India.

“It is always a dream to play in Kolkata. I have been training here for almost a week now and I am already in love with the city. The football atmosphere here is amazing,” he said. Ambekar, who started his professional career with Air India during the 2012-13 I-League season, was hardly a known name until last season when he won the I-League title with Miverva Punjab FC.

The leftback was one of the reasons behind Minerva’s success, making 16 appearances out of a total of 18 games and doing an efficient job at the back without receiving any booking.

“It was a great experience playing for Minerva and we ended up winning the title after a hard fought season. It was the pre-season practice and team bonding that finally led Minerva to victory. It really boosted our careers,” he informs.

The I-League title triumph gave Ambekar’s CV a necessary kick which was missing earlier in his career. “I had offers from a couple of ISL (Indian Super League) clubs but when the Mohun Bagan offer came, I grabbed it. Mohun Bagan has such a long history and I am looking forward to playing in front of packed stadiums, especially in the Kolkata derby (against East Bengal). That’s the beauty of playing here in front of passionate crowds,” he said.

Now, the talented winger is hoping he may get a look in into the Indian national team as well. “I have the same goal do the best and play good football. I want to play for India,” said Ambekar.

He began playing football in  school, Smt. Sulochanadevi Singhania School, Thane and represented his school team and his college and state team later. He was roped into the Air India under-19 team, coached by former Indian player Godfrey Pereira, who is also from Santacruz. “Godfrey is a big name and he played for India also. He motivated me always,” he recollected.

The winger graduated to Air India’s senior team. His first appearance in the I-League wasn’t memorable though as Air India lost 5-1 but he got the break and rest was history. “I came in as a substitute in the second half. The defeat didn’t demotivate me as I knew it was just the start,” he recollected.

Air India couldn’t play in the I-League further as it didn’t satisfy the Asian Football Confederation norms, according to the All India Football Federation. But this didn’t hinder Ambekar’s career as he joined the newly-floated Mumbai Tigers, which had players like Steven Dias, Paresh Shivalkar under coach Bimal Ghosh, who helped Ambekar improve his game. But the club also couldn’t survive for long. He joined Mumbai FC and later got a job with the Reserve Bank of India. The job rules didn’t allow him to play at the professional level but he preferred RBI as it offered  job security.

“During that time I played for Maharashtra in Santosh Trophy and we reached the final where we lost to Services.”

He could only play for Maharashtra for couple of years until rules were changed and he could resume professional football.  After that Minerva offer came and changed things for him.