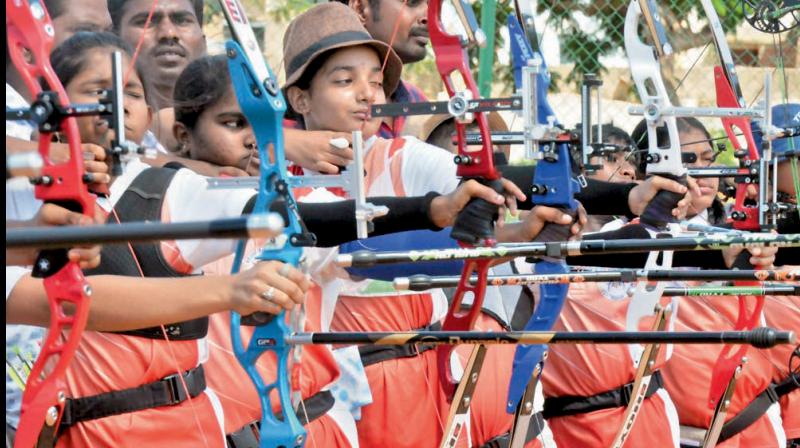 File picture of archers at a competition in Nellore in Andhra Pradesh. DC Photo

Kolkata: The Archery Association of India (AAI) on Thursday withdrew its team from the upcoming Asia Cup world ranking tournament in Bangkok owing to the coronavirus threat there.

The season-opening stage 1 tournament is scheduled to be held in Thailand's capital from March 8 to 15. This would have been India's first international competition since their return from a five-month suspension.

"After reviewing the current alarming situation in the region on account of coronavirus and taking into consideration the travel advisories issued by SAI and IOC, Archery Association of India is worried about the health of our team and cannot take any risk under the circumstances," AAI assistant secretary Gunjan Abrol wrote to World Archery secretary general Tom Dielen.

In a letter to the hosts, the AAI wrote "In view of the situation, it has been decided to withdraw the team."

India were to send a second-string team for the tournament and all the tickets and booking arrangements had been done. The decision to pull out was taken after getting the Sports Authority of India advisory on Wednesday evening.