The American powerhouse got engaged to Reddit co-founder Alexis Ohanian. 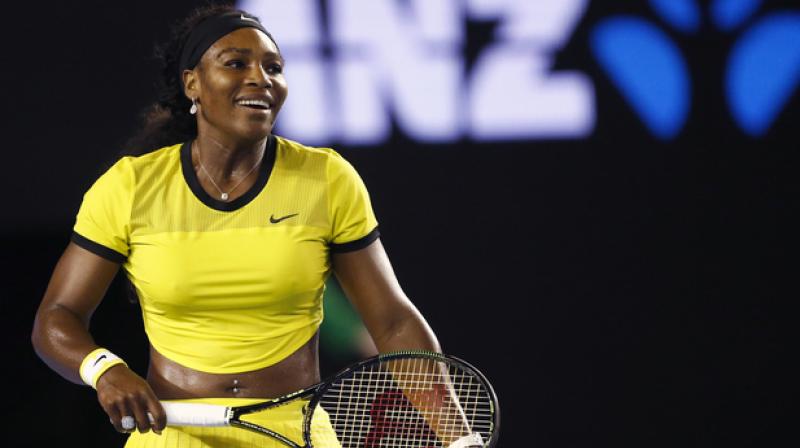 Melbourne: A glowing Serena Williams said she's so focused on trying to win another Grand Slam title she hasn't let her engagement to Reddit co-founder Alexis Ohanian sink in.

The American powerhouse broke the news of her impending nuptials with a poem in late December on her verified Reddit account, revealing that the 33-year-old went down on one knee during a trip to Rome.

But as she attempts break Steffi Graf's Open era-record of 22 Grand Slam singles titles at Melbourne Park, Williams isn't allowing her personal life to interfere with her preparations.

"I've said from the beginning, I just didn't want to think about it until after Australia because Grand Slams mean a lot to me," she said on Saturday.

"It's almost a little unreal right now because I haven't taken it in. I'm being rather selfish and focused on my career."

Williams did say being engaged was "really great", but she insisted tennis was her current priority as she sizes up a difficult first-round clash against Switzerland's Belinda Bencic -- in forecast sweltering heat.

"I won't allow it to sink in because I'm so focused. I'm really focused on training, cardio, all kinds of stuff," said the 35-year-old.

"Now I'm on the road, already back at work. I don't want to get too happy because I want to stay focused."

Seeded two, Williams, who lost the top world ranking to Angelique Kerber last year, has her work cut out if she is to go one better than Graf.

If she gets past Bencic, she could then encounter either in-form Briton Johanna Konta, who won the lead-up Sydney International on Friday, or sixth seed Dominika Cibulkova in the quarter-finals.

'Never easy for me':

Serena has barely played since the US Open last September due to injury. Her build-up to the Australian Open was far from ideal when she was bundled out of the Auckland Classic last week in the second round.

Despite the setback, the six-time winner remains confident.

"I've been spending so much time on the court," she said of Melbourne Park. "It feels really good to be back, just hitting on Rod Laver (Arena), hitting on all the stadiums, it's a good feeling. I love it here."

Bencic, a former world number seven who is coached by Martina Hingis' mother Melanie Molitor, will be a big test.

The Swiss starlet made the fourth round last year before injuries derailed her season and she has a 1-1 record with Williams, winning their last encounter in the Toronto semi-finals in 2015.

"It's never easy for me. So I always go out there, and all I can do is do my best," said Williams. "I didn't come here to lose in the first round, or the second round, or at all.

"If I can play the way I've been practising, it will be fine. I know she's been playing well, so it will be good for both of us."

Despite her recent lack of time on court, nobody is writing off Williams, who is renowned for her fighting qualities.

She entered the Australian Open last year under an injury cloud having played only a handful of matches, yet went on to make the final before a shock defeat to Kerber.

Melbourne Park has been a happy hunting ground. She claimed her first Australian Open title way back in 2003, beating elder sister Venus in the final.