Technology   In Other news  09 Jan 2021  US Capitol Hill siege: Google pulls Parler from app shop for 'egregious content'
Technology, In Other news 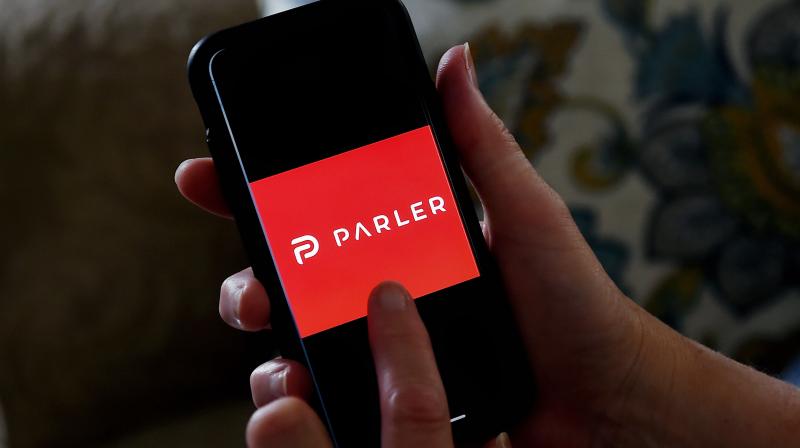 Google said on January 8, 2021 that it had pulled the Parler app from its mobile store for allowing "egregious content" that could incite deadly violence like that seen at the US Capitol. (AFP)

SAN FRANCISCO: Google said Friday it had pulled the Parler app from its mobile store for allowing "egregious content" that could incite deadly violence like that seen at the US Capitol.

The Parler social network has become a haven for far-right personalities who say they have been censored by other social media platforms.

"We're aware of continued posting in the Parler app that seeks to incite ongoing violence in the US," Google said in a response to an AFP inquiry.

"For us to distribute an app through Google Play, we do require that apps implement robust moderation for egregious content," the company added, referring to its shop for digital content tailored for Android-powered devices.

Policies and enforcement practices that curb posts inciting violence are agreed to by app developers whose software is made available at Google Play, according to the Silicon Valley internet titan.

"In light of this ongoing and urgent public safety threat, we are suspending the app's listings from the Play Store until it addresses these issues," Google said.

Apple has reportedly warned Parler that its software could be removed from the App Store if it doesn't take measures to prevent users from planning illegal, violent activities on the platform such as the deadly attack in Washington.

The shift has boosted right-wing favorites like Parler, Newsmax and Rumble, which have rejected Facebook and Twitter's approach of labeling and limiting the reach of conspiracy theories.

Facebook and Twitter banned Trump accounts Friday due to fear he would use them to instigate another attack such as the one in the nation's capital on Wednesday.

Sites like Parler have attracted Republican lawmakers as well as the Trump campaign.

As they have become increasingly important to the political conversation, Twitter and Facebook have struggled with manipulation and misinformation, while at the same time seeking to keep their platforms open to a variety of viewpoints.

Parler and similar sites have become a magnet for racist and anti-Semitic tropes along with groups that have been banned from other platforms for posting hateful content or promoting violence.