The Phuket ‘Sandbox Model’ could set a precedent, after province inoculates 70 per cent of its community 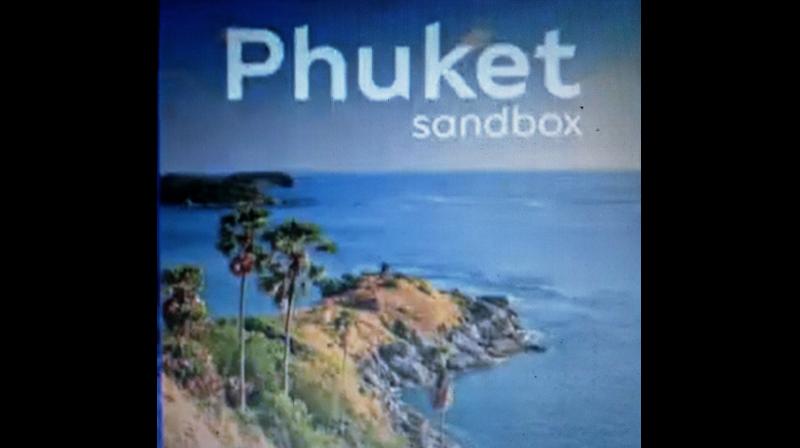 For the tourist who plans a two-week holiday in Phuket, he needs to do two more Covid tests during his stay, on Day 6 and Day 12.

The opening of Phuket on July 1 through a unique “sandbox model” is the first major sign that Thailand is finally opening out to tourism. The industry, which forms 21 per cent of the country’s GDP, took a huge nose-dive during the pandemic, and is slowly trying to get back on its feet. No wonder it was none other than the Thai Prime Minster, himself, who received the first group of foreign visitors at the Phuket international airport.

“It’s not the culmination, but the beginning,” said deputy governor of TAT (Tourism Authority of Thailand) Chattan an Kunjara Ayudhya, at a presentation in the city. The senior tourism official had served at the TAT office in India for four years and sizeably whipped up the big Indian market to Thailand.

“When it comes to tropical getaways, Phuket is top of the list amongst Indians “said Cholada Siddhivarn, director of TAT’s office in Mumbai. According to her, during a 2018 campaign of theirs India’s Favorite Thai Pick, Phuket came second, after Bangkok.

“Phuket is also one of the most preferred destinations for weddings amongst Indians” she stated, adding that they had many enquiries already. According to her, Phuket’s popularity increased, after airlines like Go Air and Indigo started direct flights to Phuket in 2018. “It would be a win-win once travel to Phuket resumes again for Indians!” she declared.

Like her, the many hoteliers and tourism personnel who attended a special presentation for the Indian market at Phuket hoped that the currently stopped flights to India from Thailand would resume soon. Most excited about Phuket’s reopening is Indian millionaire Gulu Lalwani whose Royal Phuket Marina has attracted the best of Bollywood and Hollywood celebrities. He informed that the Indian tourists to Phuket were third in numbers after the Chinese and Russians, and he hoped they would be back on the beach-island soon.

So, what is the much-touted sandbox model of Phuket?

This is a newly-created Covid-model, which protects both the tourist and the tourist-destination.

For starters, the tourists to Phuket would be from countries/regions with a low risk of the Covid virus. A list of 63 countries has been drawn up from Europe, Middle East, Scandinavia and so on. This list would be modified every two months, depending on the Covid-situation in various countries. India is not on the first list, but who knows?

As with any travel during Covid times, the Phuket sandbox model involves a lot of documentation. The documents include, a valid visa, vaccine certificate proving that the traveller has had both doses of a WHO-recognised Covid vaccine, at least two weeks before the flight, an RTPCR (Covid) test 72 hours before the flight, Covid health Insurance policy for at least $100,000, confirmed booking for two weeks at an SHA + certified accommodation and a COE (Certificate of Entry) from the local Thai Embassy or consulate. Here, SHA stands for Safety and Health Certified Accommodation and SHA + is assigned to those accommodations who have vaccinated 70 per cent of their staff. There are currently 1,389 venues and businesses across Phuket that have received this certificate. These establishments include hotels, restaurants, homestays, tour companies, taxis and others.

The SHA certification was introduced in May 2020, and was recently certified by the World Travel and Tourism Council (WTTC), in alignment with the WTTC Safe Travels protocols. On arrival in Phuket, the tourist needs to do a Covid RTPCR test at the airport (children, too), and then proceed to his SHA+ accommodation. He must also download a specified app that will track his movements till his date of departure.

If the RTPCR test at the airport shows negative, the tourist can enjoy a two-week holiday in the lush beaches of Phuket. But he must stick to Phuket province and not go to any of the nearby islands. This is because the province has ensured 70 per cent vaccination for its community, and hence herd immunity.

For the tourist who wants to stay less than two weeks in Phuket, he must return to his country of origin or go to another country, and show his return air ticket, on arrival at the airport.

For the tourist who plans a two-week holiday in Phuket, he needs to do two more Covid tests during his stay, on Day 6 and Day 12. If he tests positive to the virus during any of the tests, he must check into the associated hospital of the hotel immediately, and avail of the $100,000 health insurance policy.

Following the Phuket sandbox model as part of the “Island Approach”, the next destination to reopen will be the beach-island of Samui from July 15. Then would come Krabi and its islands, in August.

From September, the “Sealed Approach” will be launched for specific areas in the northern town of Chiang Mai, followed by Chon Buri and beach-town of Pattaya. Then, from October, or within the fourth quarter of the year, Bangkok, Cha-Am, Hua Hin, and other Thai destinations that are ready with 70 per cent vaccination will be reopened to vaccinated foreign tourists without quarantine.

After all, the Thai Prime Minister has declared that the whole country will reopen within 120 days.