The charges against Ma stem from a 2013 lawsuit brought by DPP lawmaker Ker Chien-ming. 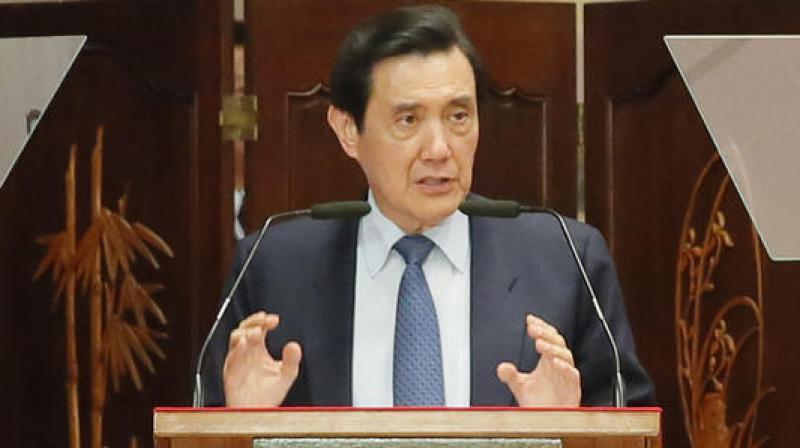 The charges against Ma Ying-jeou carry a maximum sentence of three years each. (Photo: AP)

Ma, 66, a US-educated legal scholar, was credited with substantially improving Taiwan's relations with rival China during his two terms in office from 2008 to 2016. However, his push for ever-closer ties sparked a backlash, especially among young Taiwanese wary of China's intentions toward the island it considers its own territory to be brought under control by force if necessary.

That led to the Nationalists losing both the presidency and their parliamentary majority in polls in January 2016.

Ma's indictment on Tuesday comes more than a year after his Nationalist Party was soundly defeated at the polls by the pro-independence Democratic Progressive Party, which has sought to maintain ties with the mainland while asserting the self-governing island's own place in international society.

China responded by cutting off contacts with Taiwan's government in May in protest at new President Tsai Ing-wen's refusal to acknowledge its claim that Taiwan and the Chinese mainland are part of a single Chinese nation.

The charges against Ma stem from a 2013 lawsuit brought by DPP lawmaker Ker Chien-ming. Ker accused the then-president of leaking information taken from a wiretapped conversation between him and powerful Nationalist lawmaker Wang Jin-pyng, who at the time was speaker of the legislature and Ma's main political rival within the party.

The charges against Ma carry a maximum sentence of three years each. Ma was barred in June from visiting Hong Kong under a state secrecy law restricting travel by former top officials for three years after leaving office.

Ma spokesperson Hsu Chao-hsin said the former president's denial of the accusations was rejected by prosecutors. "There's no way he should have been charged," Hsu said.  "Where is the justice?"