Trained guides narrate the style of architecture, history and stories associated with each and every temple to the tourists. 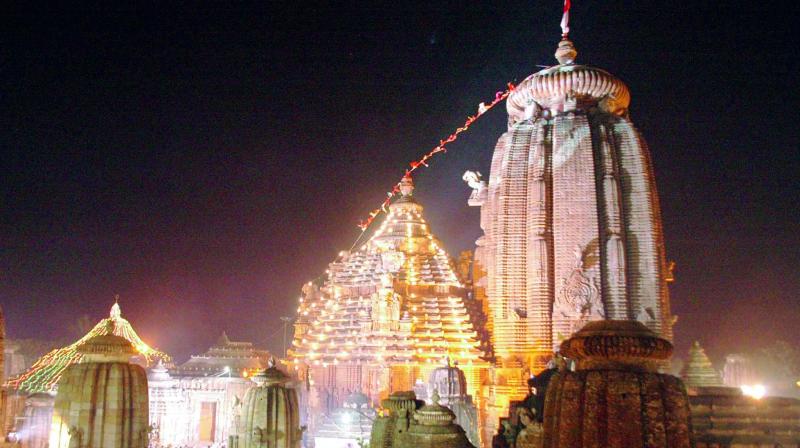 Bhubaneswar: Odisha capital, Bhubaneswar, is today a model of livability as is evident by the city’s stable growth rate in the recent decades. It has been able to capitalise upon its assets — be it tangible and intangible heritage or its strategic location — to attract the attention of tourists.

Founded during the Kalinga Empire more than 3,000 years ago, the city boasts of a cluster of magnificent temples, constituting Odisha temple architecture from its early beginning to its culmination. To showcase the excellence of the city’s architecture, the state government has recently started organsing heritage walks covering all the major temples for tourists on every Sunday.

Held under the banner of Ekamra Walks, as many as 34 such events have been organised so far. As a part of the event, the tourists are taken to Mukteswar temple, Parsurameswar temple, Sampurna Jaleswar temple, Kptitirtheswar temple, Bindusagar, Ananta Vasudev temple, Old Dharmasala, Lingaraj temple, Chitrakarini temple, Sari Deula, Mohini temple, Parikrama of Bindusagar and Vaitaal temple, besides the picturesque Ekamra Van, a temple garden. Trained guides narrate the style of architecture, history and stories associated with each and every temple to the tourists. 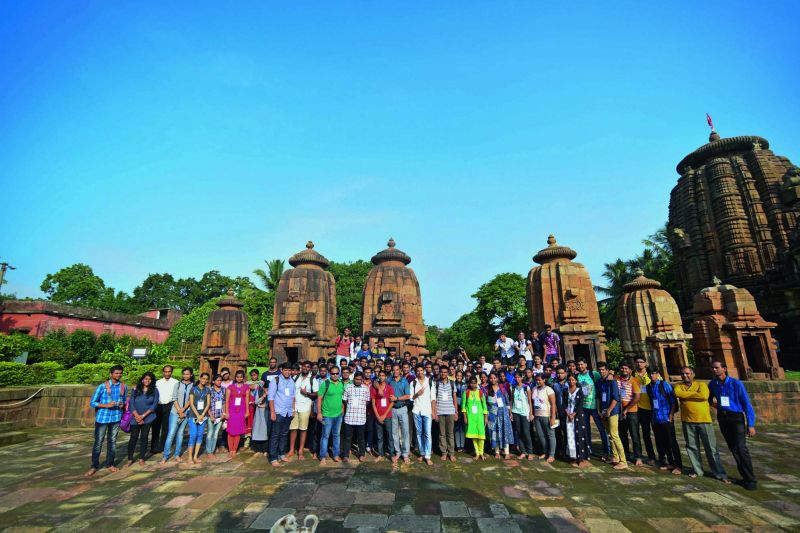 Last Sunday, a 15-member team from University of California, Santa Cruz (UCSC) and 90 students of Indian Institute of Technology, Bhubaneswar, participated in the event in the old city. Intermittent rains could not spoil their spirit hopping from one temple to another and capturing the finer works of the edifices in their camera lenses. Prof. Annapurna Pandey of the Cultural Anthropology department at UCSC said the experiencing heritage along with students was excellent and everyone enjoyed it.

“The students of UCSC will be staying here till September and will work on a project titled ‘Globalisation, Technology and Development’. They are from social science and natural science background at UCSC,” she said. Jonika, a student said, “I’m so happy. I have no words to describe the experience. It would be forever engraved in the hearts of all participants of the UCSC.”

R. Pratyusha, yet another student of first-year B.Tech said, “We have enjoyed a lot during the Ekamra Walks and would like to explore the heritage sites some more.” “Through Ekamra Walks, we have succeeded to showcase our rich temple architecture to the outside world. We expect there would be a rise in tourist flow when people visiting these temples go back and tell relatives and friends about the experiences here,” said Bhubaneswar Mayor Ananta Narayan Jena.

A temple of this style consists of a main temple and the front porch. While the main porch, Deula, houses the sanctum sanctorum, the porch or assembly hall, Jagamohana, is where the devotees congregate. The main shrine has a soaring curvilinear tower, Sikhara or Rekha Deula.

There are also  While Sikhara is built on a rectangular foundation called a Pidha temple i.e. its roof consists of Pidhas, horizontal platforms arranged in a receding formation to constitute a pyramidal superstructure. Although the two temples are different, they are constructed in axial alignment so as to form an integral pattern.

This two-part structure is the earliest form of temple construction also noticeable in the Parsurameswar temple (7th century) of Bhubaneswar. A modest specimen of the Bhubaneswar-Lakshmaneswar group of early temples, it has a squattish type of curvilinear or Sikhara and an oblong pillared, Jagamohana.

The sculptures on the temple walls are also notable for their simplicity and beauty.
The Kalinga style construction reached to perfection during the Ganga dynasty period, when two more structures were added to the front of the two-part temple to meet the demand of elaborate rituals. These are called the Natamandira (dancing hall) and the Bhogamandapa (hall of offerings).

The four halls of the structure as at Lingaraj temple and Jagannath temple stand in a line with emphasis on the towering Sikhara of the main shrine. Temple building in Odisha continued uninterrupted between the 7th and 16th centuries. During this period, different religious sects provided the necessary fillip to the modifications in the architectural designs and sculptural details.

However, the Kalinga style is the most common style of temple architecture and progressed well under the patronage of the Somavamsi Kings of Odisha during the 10th and 11th centuries. The Mukteswar temple (10th century) of Bhubaneswar is considered a “gem of Odisha architecture” and is accepted as one of the most beautiful temples of India and a perfect combination of grace and elegance.

Elegantly decorated from top to bottom, it stands within a gracefully laid out compound with a Makara Torana (figures at the entry point) in front. Picturesquely set amidst a wide expanse of rice fields, this temple in its execution combines grace and elegance, beauty of form and sculptural embellishments.

The deula, adorned with a cluster of miniature temples is reminiscent of Khajuraho.
All said and done, the Lingaraja temple is the quintessence of Odisha architecture. With all the features of temple architecture fully developed and perfectly executed, it is undoubtedly one of the most finished temples in India.