UK police to charge man with murder over stabbings in Birmingham 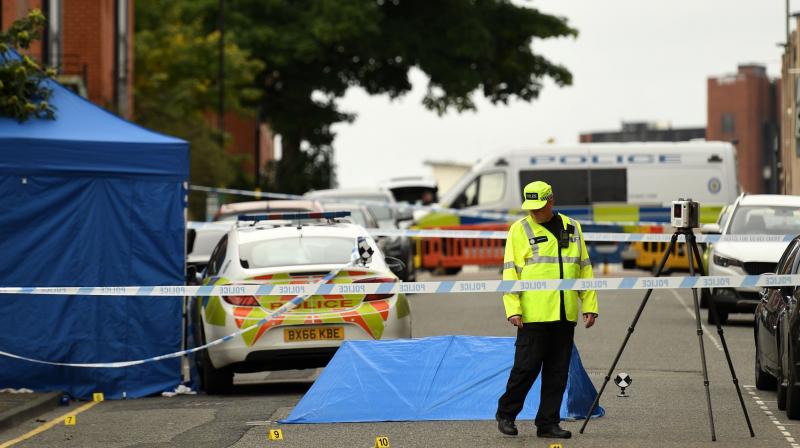 Police gather evidence near to forensics tents and evidence markers inside a cordon on Irving Street, following a major stabbing incident in the centre of Birmingham, central England, on September 6, 2020. - British police declared a "major incident" early on September 6 after multiple people were stabbed in the centre of England's second city Birmingham. Violence broke out at about 12:30 am (2330 GMT Saturday) in and around the Arcadian Centre, a popular venue filled with restaurants, nightclubs and bars. (AFP)

Birmingham: British police will charge Zephaniah McLeod, 27, with one count of murder and seven counts of attempted murder following a spate of stabbings in Birmingham City on Sunday, the Crown Prosecution Service (CPS) said on Tuesday.

“This decision was made following careful consideration of the evidence presented to us by West Midlands Police as a result of their ongoing investigation,” Deputy Chief Crown Prosecutor of CPS West Midlands Suzanne Llewellyn said in a statement.

Police arrested a man on Monday on suspicion of murder after the series of stabbings that happened in four locations over a two-hour period in the early hours of Sunday morning in the central city of Birmingham.

Detectives have said the stabbings were linked but appeared to be random and were not thought to be gang-related or connected to terrorism.

A 23-year-old man died after being stabbed, and a man and a woman, aged 19 and 32, are in hospital in critical condition after also being attacked. Five others were less seriously injured.