The SCO summit itself is being held in a hybrid format, which means that some leaders will also attend in person 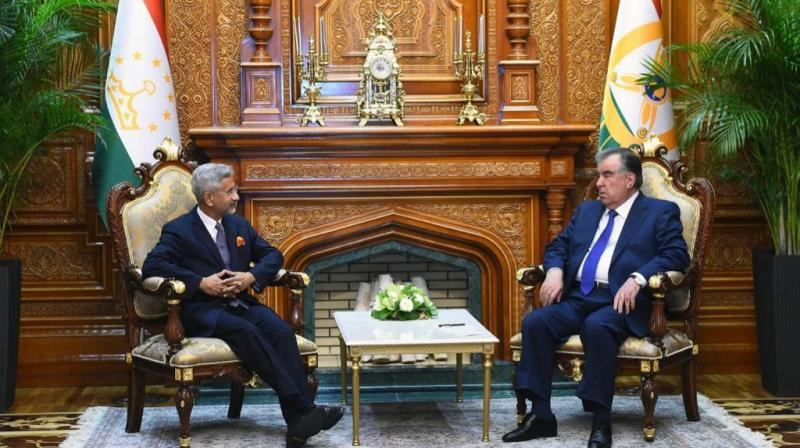 New Delhi: There will be an outreach session on the situation in Afghanistan between the Shanghai Cooperation Organisation (SCO) member nations and the Collective Security Treaty Organisation (CSTO) after the 21st  SCO Council of Heads of State meeting that will take place on Friday in Tajikistan’s capital Dushanbe, the external affairs ministry said on Thursday. The CSTO is a security grouping of some of the post-Soviet nations including Russia and Tajikistan. The SCO summit itself is likely to focus on the current politico-security situation in Afghanistan in the wake of the military takeover there by the Pakistan-backed Taliban, with Prime Minister Narendra Modi expected to raise India’s concerns that Afghan soil should not be used for terrorism against other nations. Mr Modi will participate in and address the summit in virtual mode.

The SCO summit itself is being held in a hybrid format, which means that some leaders will also attend in person. The predominantly Central Asian eight-nation SCO comprises Russia, China, Kazakhstan, Kyrgyzstan, Tajikistan and Uzbekistan, India and Pakistan.

External affairs minister S. Jaishankar reached Dushanbe on Thursday and will be present in the Tajik capital on Friday, the day of the SCO summit, in what observers see as a strong signal by India of regional solidarity with the Tajik leadership that has also been concerned over the developments in Afghanistan. It is also been seen as a message that Central Asia is pivotal to India’s interests in the region with millennia-old historic and civilisational ties. India also has a strong bilateral strategic partnership with Tajikistan, amid rising anger in the Central Asian country over Pakistan’s alleged role in providing military support to the Taliban in launching the recent attack on the ethnic Tajik-dominated Panjshir Valley in Afghanistan.

Apart from the Afghan situation, other issues that are expected to be keenly discussed include the fallout of the Covid-19 pandemic, possible expansion of SCO membership, multilateral economic cooperation, people-to-people exchanges, and other issues of regional and international importance. India’s areas of interest in the SCO include counter-terrorism efforts, the situation in Afghanistan, as well as economic cooperation.

Iran, Belarus and Mongolia are currently observers and understood to be interested in becoming full members. Afghanistan too is an observer and used to be represented by the erstwhile government of then President Ashraf Ghani which has since been vanquished, but the victorious Taliban there now has yet to receive any international recognition as the legitimate governmentof Afghanistan, including by SCO member nations, although it is seen to be fully backed by Pakistan.

The Council of the SCO Heads of State is the highest decision-making body in the SCO, which meets for annual summits in member countries by rotation. The SCO meeting this time will be chaired by Tajik President Emomali Rahmon. At the meeting, Pakistan PM Imran Khan’s expected participation will also be watched with keen interest in Dushanbe amid media reports of clear concerns already communicated by an enraged Tajik leadership to Islamabad especially as Pakistan has made no secret of its backing of the Taliban.

It may be noted that the MEA had recently said: “The SCO Summit will be attended by the leaders of the SCO Member States, Observer States, Secretary General of the SCO, Executive Director of the SCO Regional Anti-Terrorist Structure (RATS), President of Turkmenistan and other invited guests. This is the first SCO Summit being held in a hybrid format and the fourth summit that India will participate as a full-fledged member of SCO. This summit assumes significance as the organisation is celebrating its 20th anniversary this year.”