Khan on Thursday addressed a meeting of National Command and Operation Centre (NCOC). 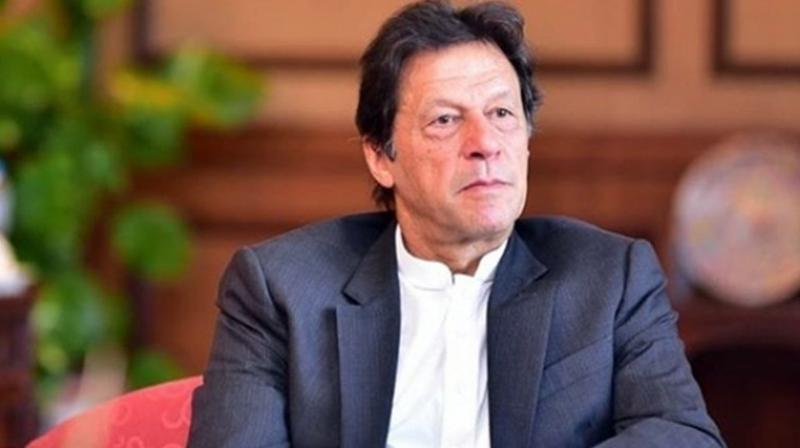 Islamabad: Pakistan Prime Minister Imran Khan has asked the country's lead agency in the fight against the coronavirus pandemic to take measures to cope up with the deadly disease during the upcoming holy month of Ramadan as the number of Covid-19 cases in the country crossed 7,000.

Khan was on Thursday addressing a meeting of the National Command and Operation Centre (NCOC), which has been formed to take unanimous decision on all issues related to the coronavirus. It became operational earlier this month.

The NCOC officials were asked to take steps to fight the disease during the month of Ramadan which starts from April 23.

He ordered compilation of accurate data about Covid-19 patients and the number of deaths, according to officials.

The spike in the number of cases in the last two days has been due to the increase in the per day testing capacity.

Officials said that the testing capacity was being gradually raised to 25,000 people per day by the end of this month.

The number of Covid-19 cases in the country rose to 7,125 after 497 new infections were reported in the last 24 hours, according to the latest official data.

At least 11 people died during the period, taking the number of total deaths in the country to 135. A total of 1,765 people have recovered so far from the disease.

Meanwhile, the government has urged has urged people to offer the Friday prayers at home to contain the spread of the disease.

The Sindh provincial government has imposed complete restrictions on the movement of people from 12-3 pm.

The government is facing difficulties in holding people back as hardline clerics earlier this week announced to resume congregational prayers in mosques in clear defiance of the government directives to curb the spread of the pandemic.

The government has banned prayer congregations of more than five people as part of its measures to curb the spread of the deadly coronavirus.

Despite the government's pleas to observe social distancing, a group of hardline clerics held a meeting in Karachi on April 14 to discuss the issue of ban on such prayers and announced to resume congregational prayers.

Despite efforts by the government, there has no been much improvement in curbing the spread of the disease and as the government allowed opening up of selected industries, it was feared that the disease might further spread.