If you are with Adithya, the violence would look gratuitous, and the revenge would naturally look like aggression and brutality. 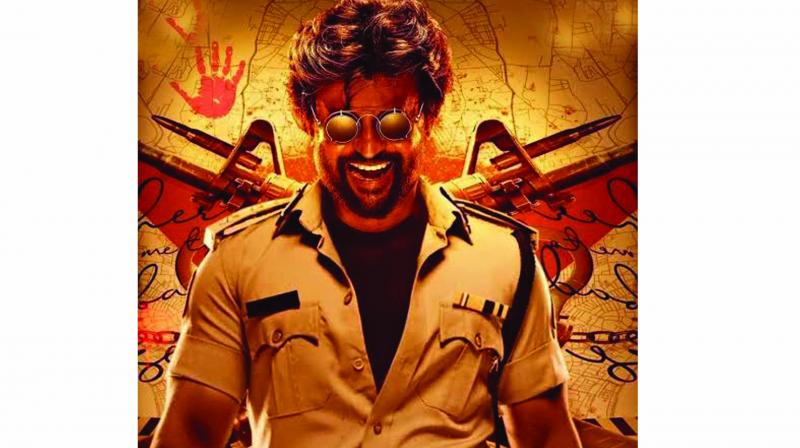 Rajini gobbles up the entire length of the 159-minute film that has at its heart everything that his films have appealed at, to the young and the old alike.
Rating:

There’s nothing new in A.R. Murugadoss’ Darbar, but despite that, let alone Rajini’s fan following, even his character’s fearlessness coupled with his natural flamboyance allows him to get away with just anything, even extra-judicial killings! The proof: the audience rejoicing with a thunderous applause at every scene he spears in! But is anyone complaining? Or, has any issues? None at all. After all, it’s Rajini! Bhai!

In Darbar, the narrative is set in Mumbai, where its police force is in dire need of a revamp to wipe out the most evil crime ever reported — the drug mafia headed by Hari Chopra (Suniel Shetty) as the mastermind. For Adithya Arunachalam, the Mumbai police commissioner, who is specially deputed to eliminate the drug mafia, the task seems tough. Is he scared? No. As a rather unscrupulous cop, he could act most brazenly and go to the extent of taking on the might of human rights activists too. When he arrests drug peddler goon Ajay Malhotra (Prateik Babbar) from the streets, he doesn’t know what he is getting into — Ajay happens to be the son of a rich industrialist Vinod Malhotra (Nawab Shah) who is also a drug dealer. His powerful father takes care of just everything.

As the do-gooder cop unceremoniously pulls off the tale with familiar twists and turns with style and verve, all hell breaks loose — the kingpin Hari Chopra (Suniel Shetty) needs to step in and return to India to teach Aditya a lesson for life. Hari is the real father of Ajay.

If you are with Adithya, the violence would look gratuitous, and the revenge would naturally look like aggression and brutality. But since it’s our very own Rajini, or Thalaiva (spoken for Rajinikanth with respect), faces punched to pieces look indispensable, imperative and an absolute must.

Rajini gobbles up the entire length of the 159-minute film that has at its heart everything that his films have appealed at, to the young and the old alike. All the traits and attributes are almost branded are incorporated and used smartly to cater to his fan base. In addition, his character being a tad psychologically troubled and messed up may seem difficult when the film grants him enough leeway to get off scot free and escape punishment. But then, as I don’t tire of repeating: it’s a Rajini film!