‘People from the industry don’t even give us an opportunity’ 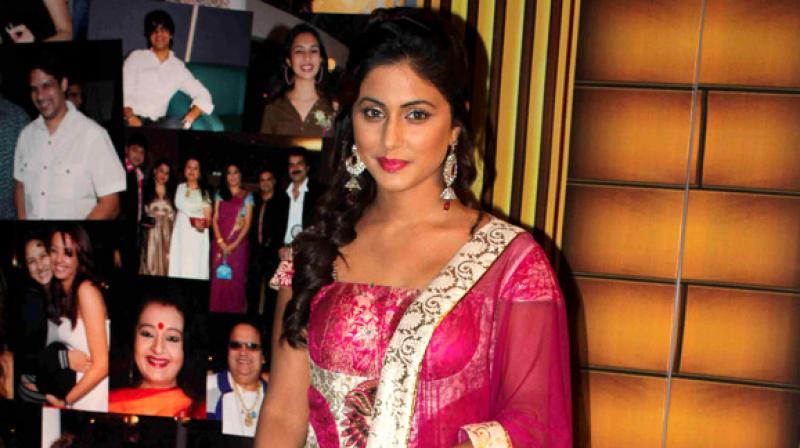 NEW DELHI: There is a class system in the film industry which makes it hard for television actors to get a breakthrough, says TV star Hina Khan. The Yeh Rishta Kya Kehlata Hai star, who is making her Bollywood debut with Vikram Bhatt’s psychological thriller Hacked, believes TV actors are as good as their cinema counterparts but are pigeonholed.

“There is a class system in the film industry. Be it big designers or productions banners, I have been judged so many times because of my TV background. People from the industry don’t even give us an opportunity. We are equally talented,” Kashmir-born Hina Khan told PTI in an interview.

The 32-year-old actor said she faced rejection in the Hindi film industry because of her TV roots.

“When it comes to Bollywood and all the biggies out there, one really needs to prove themselves at another level.

“I don’t know if one film can make a difference because it is tough to get noticed. I have faced a lot because of the tag of TV actor. People told me things like, ‘You are a television actor, you won’t be able to pull off the character’,” she said.

Asserting that getting into films for TV actors is not a cakewalk, Khan said she is grateful to Vikram Bhatt for the opportunity.

“There is a reason Mr Bhatt trusted me. He could have invested his money in somebody from Bollywood or a newcomer, but he decided to take me in the film because I could break that mould of an innocent girl. It, however, doesn’t happen often with TV actors,” Hina Khan said.

The actor said though she owes her success and popularity to Yeh Rishta Kya Kehlata Hai, she has consciously “tried” to break the character of Akshara, the doe-eyed daughter-in-law in the soap opera.

After playing Akshara, Khan later went on star in Kasautii Zindagii Kay reboot in which she took on the grey character of Komolika, originally played by Urvashi Dholakia.

“I’m very proud of that show (Ye Rishta...) because it has given me what I’m today. With other shows I have tried to break the stereotype, convince people and tell them that I’m not just an innocent girl, I can also play a grey character. I want to prove that I’m a versatile actor,” she said.

“I have worked a lot to come out of that mould and unlearn a lot of things to start my career in movies, but there is a dearth of opportunities. Forget about playing a lead role, I’m even up for doing some pivotal character role. At least people will get to know what I can do,” she added.

The actor said her film Hacked does not only revolve around cyber crime like hacking, but also attempts to shine a light on crimes against women.

“As a woman, this story was important for me. Hacking and stalking can happen with anyone, but women are subjected to it more. Men don’t get stalked as much as women do. Also women don’t open up about it.

“Initially, I was sceptical to take up a subject that has never been touched before. Stalking is not even taken seriously as a crime. People casually talk about stalking. You speak to any woman who has dealt with it, her life is miserable. With this film, if I’m able to give some strength to women out there, I will be more than happy,” Khan said.

Hacked is slated to be released on Friday.