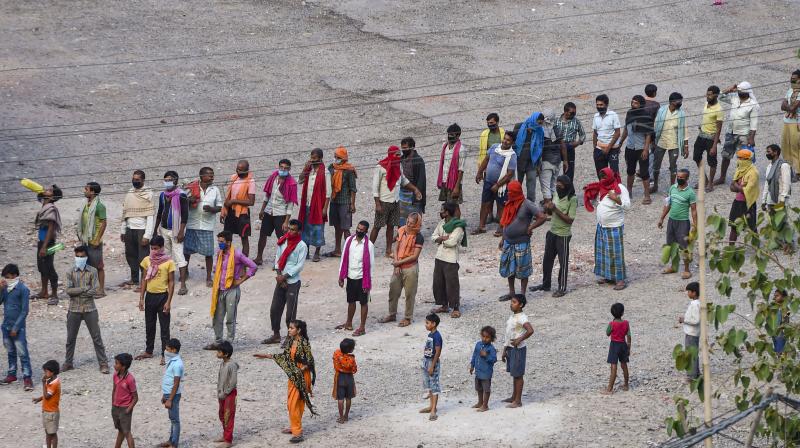 New Delhi: Senior Congress leader P Chidambaram on Sunday urged the government to transfer cash and distribute free foodgrains to the poor, saying only a heartless government will not do anything.

He said more and more people have run out of cash and are standing in queues for free cooked food.

"There is overwhelming evidence that more and more people have run out of cash and are forced to stand in lines to collect free cooked food. Only a heartless government will stand by and do nothing," he said.

"Why cannot government save them from hunger and protect their dignity by transferring cash to every poor family," he asked.

"Why can't government distribute, free of cost, a small part of the 77 million tonnes of grain with FCI to families who need the grain to feed themselves," he also asked.

"These two questions are both economic and moral questions. Narendra Modi and Nirmala Sitharaman have failed to answer both questions, as the nation watches helplessly," the former Finance Minister said on Twitter.

Chidambaram has been seeking transfer of cash to the poor who are finding it difficult to survive without employment amid the countrywide lockdown.

Thousands of migrant workers have been stranded at various State borders in the country while seeking to reach their homes in villages, creating law and order situations at some places.