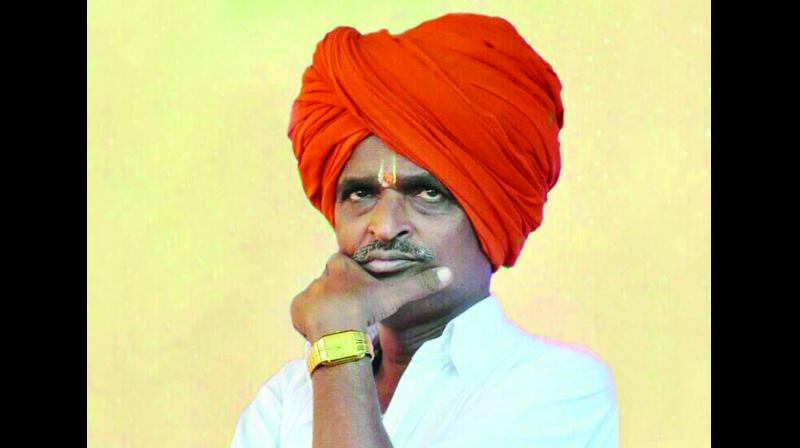 Mumbai: The Bharatiya Janata Party (BJP) on Monday announced its support to the ‘kirtankar’ (preacher) Nivrutti Maharaj Indurikar amid the controversy which erupted after the latter had reportedly said that intercourse by a couple on an even date would beget a male child, while on an odd date would result in the birth of a girl.

“The party is not defending his statement. He shouldn’t have made it. But the BJP will stand by him. One statement should not ruin his entire penance. The preaching of Indurikar Maharaj are for public awakening,” he said.

Meanwhile, Indurikar Maharaj on Monday said some people, who are unhappy with his work for society and the Warkari community, have been trying to trouble him by demanding filing of cases over a recent remark.

“If intercourse is done at an inauspicious time, the child that is born would bring a bad name to the family. If the timing of intercourse is missed, the quality of output will be sub-standard,” he was heard saying in a video that went viral on social media.

Speaking on the issue on Sunday at a sermon in Ahsti tehsil in Ahmednagar, the preacher said, “I have been working for society and among the Warkari community for the past 30-35 years. Some people are unhappy with this and want to put me in trouble.”

The Maharashtra Andhashraddha Nirmulan Samiti (MANS), a voluntary organisation working to eradicate superstitious beliefs, has sought a police case against Indurikar for remarks on the timing of intercourse and gender of the child which it claimed violated the Pre-Conception and Pre-Natal Diagnostic Techniques (PCPNDT) Act.

He also received support from BJP MLC Suresh Dhas who claimed the kirtankar was saying what was written in the treatise ‘Guru Charitra’ and it was wrong for the government to issue notices to him.

“We will support Nivrutti Maharaj Indurikar if any action is taken against him. What is the relationship between what he said and the PCPNDT Act? He said what is written in Guru Charitra and there is also evidence to back it,” Mr Dhas said.

Meanwhile, the preacher got a rousing welcome in Bhosari in Pune on Monday with BJP’s Pimpri Chinchwad MLA Mahesh Landge driving him in a bullock cart amid cheers from the assembled crowd.

“Indurikar Maharaj through his teachings is carrying forward the glorious Warkari sampradaya tradition. Thousands of youth, including me, have received inspiration from his teachings. We will hit the roads if anyone tries to malign his image,” Mr Landge said.