Statistics reveal that none of the measures, other than locking ourselves down to keep the infection from spreading like wildfire work 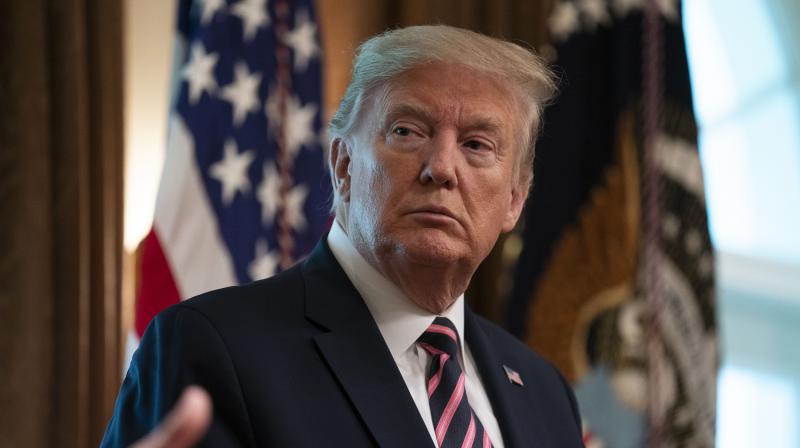 President Donald Trump listens during a demonstration of ways NASA is helping to combat the coronavirus, in the Cabinet Room of the White House. AP Photo

William Leverer and Eugene Burdick’s 1958 novel gave us the phrase, “The Ugly American”. No one has come to typify it as much as US President Donald Trump. The man who demeaned “the city on the hill” with his bottom-feeding manner went further downhill with his recent advice that ingesting or injecting disinfectant would cure Americans of the coronavirus. He forgot to say that it could kill them. His advice has already sent dozens of Americans to their local emergency rooms. His inner circle, his White House staff and his government's health experts have had to walk back his remarks; notably, Trump has himself curtailed his otherwise free-wheeling press conferences, as his party fears that his unfiltered stream-of-consciousness may have already dented its prospects in the November elections.

We in India are thankful as always to Trump. On March 14, we were made a laughingstock by the right-wing lunatic fringe when they held a public exhibition of drinking cow urine, claiming it would prevent the coronavirus. At least the crackpots did not shoot up the cow urine or give themselves an enema. On March 22, many middle-class auntyjis jumped up and down, banging their pots and pans, shouting “Go Corona Go”. The virus, stubborn microbe that it is, did not heed the advice of these well-fed ladies. And on April 5, middle-class India got into the act again by lighting lamps for nine minutes at nine pm. We have truly looked like a nation of baboons. The Covid-19 statistics do not reveal that any of these measures has worked — other than locking ourselves down to keep the infection from spreading like wildfire.

So we thank Trump for his outbursts, utterances and general tomfoolery. He distracts everyone in the world from our government’s lack of ideas, ineptitude and blind superstition.